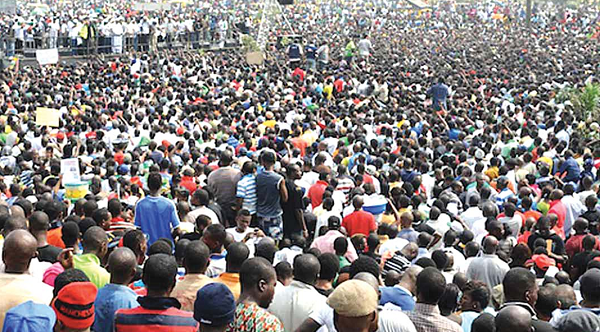 The Ghana Statistical Service (GSS), led by the Chief Census Officer, Professor Samuel Kobina Annim, has begun a series of engagements with key stakeholders in the country as part of a major public education and advocacy programme to get the buy-in of all and sundry to ensure the success of the 2021 Population and Housing Census (PHC).

The engagements began with a full briefing of the President, Nana Addo Dankwa Akufo-Addo on the status of preparations so far and elicit his advice on the next steps.

The President has graciously affirmed his unflinching support for the decennial non-political partisan national programme and indicated his availability to launch the 30-day countdown to the Census Night on May 28, 2021.

The statesmen also pledged their unalloyed support for the exercise.

It is, indeed, pleasing that all these noble statesmen are all aligned and have thrown their weight behind this important national assignment, knowing the relevance of a population and housing census in the planning of the country’s development programmes.

We are aware that the census is a priority development non-partisan programme that requires the participation of all Ghanaians.

Without belabouring the point, a census provides comprehensive and detailed data on the whole population, in addition to demographic, social and economic characteristics by the lowest administrative or geographical level and related rates and indicators. It provides population growth rates, age and gender composition and educational features.

The paper equally finds the slogan for the 2021 PHC: “You count, get counted”, most apt. This is because the census aims at ensuring a comprehensive and complete coverage of all Ghanaians, so that no one is left behind.

What we must all bear in mind is the fact that data from the census will be used for decision-making and policy planning for the development of the nation.

Over the years, Ghana has been relying on projected figures to plan development projects and allocating the national cake, without verifiable data. And that is why we fully share former President Mahama’s description of the census as timely because, from that exercise, the nation will benefit from reliable data, instead of depending on projections.

For him, the use of data to inform public policy and targeted interventions on poverty reduction and decisions on where to site public infrastructure, such as hospitals and schools, is relevant, and we cannot agree the more.

Former President Kufuor, for his part, also agreed that a census was not a political activity because it helped the nation plan for all categories of persons.

His advice, to the effect that the engagement of the Chief Census Officer with statesmen and other leaders was a clear demonstration that the census was inclusive and non-partisan and all must endeavour to be counted, is one the Daily Graphic is equally pleased with.

For us, just as the former Presidents said, the tendency to politicise activities that need not have political undertones should cease forthwith because it remains a hindrance to the completion and success of development initiatives meant to benefit the nation.

We fully trust that as the Chief Census Officer continues with his engagements with key leaders and stakeholders, it will inure to the successful implementation of the census programme to enable the country to have proper and accurate data on its population and housing.

Subsequently, we urge all Ghanaians to ensure that we buy into the exercise and encourage one another to fully participate in it when their time is due.

We particularly find the religious bodies as key players in the educational and advocacy exercise and would want to urge the men of God to use their platforms to encourage their followers to support the exercise.

We are one Ghana, one people with a common destiny and that must reflect in our conduct when the exercise fully kicks in to fulfil our civic duty.