Issue of unaccredited programmes must be avoided 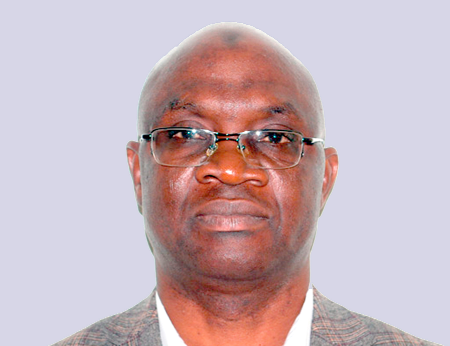 The recently released Auditor-General’s Report has triggered public debate, controversy and anxiety among a cross-section of the public.

One of the vexed issues raised in the report is the running of unaccredited programmes by two public universities — the University of Ghana and the Kwame Nkrumah University of Science and Technology (KNUST).

According to the report, some programmes being run by the universities had either never been accredited by the lawful accrediting body in Ghana or had their accreditation expired, in some cases for a couple of years, without renewal.

The revelations raised concerns over the credibility and acceptability of the certificates awarded students who offered such programmes.

Ordinarily, a programme or an institution that has not been accredited makes certificates awarded on such a programme or institution invalid. So, naturally, students pursuing such programmes in the affected universities became worried and anxious as to what becomes of their fate.

Thankfully, the Director-General of the Ghana Tertiary Education Commission (GTEC), Professor Mohammed Salifu, has allayed their fears with an assurance that the interest of the students will be fully protected.

Surely, the saga between the GTEC and the various universities should not affect the students, especially when the universities know that they erred by running such programmes.

While sharing the joy of the students that their toils are not in vain, the Daily Graphic believes that the actions of the universities cannot be justified.

Surely, the universities cannot wholly blame their inability to renew or accredit their programmes on so-called bureaucracy and the slow pace of the accreditation process by the GTEC. It is like blaming the Driver and Vehicle Licensing Authority after being caught driving without a licence!

Even though the Auditor-General’s Report focuses on only the two universities, the Daily Graphic is aware that the issue of running unaccredited programmes may cut across public tertiary institutions in the country.

We are excited that the GTEC says it has already kick-started the accreditation and renewal of most of the programmes even before the release of the report, and that most of those programmes would have been regularised sooner rather than later.

Additionally, it is heart-warming that the University of Ghana also came out last week with the assurance that it was working closely with the GTEC to rectify the anomalies.

We believe that, going forward, universities will learn their lessons and not subject themselves to such an embarrassing situation again.

It is the view of the Daily Graphic that they owe the public and, particularly, their students an apology for such an avoidable omission.

We are happy that the GTEC has signalled its determination to apply sanctions after ensuring the normalisation of the renewal and accreditation of the affected programmes.

Such sanctions, we believe, will surely serve as a deterrent and a warning to all institutions that no institution or individual is above the law.

It will serve the universities well to familiarise themselves with the sanctions for running programmes without accreditation, whether expired or not accredited at all, under the new Education Regulatory Bodies Act, 2020 (Act 1023).

The penalties include paying a fine of not more than GH¢240,000, imprisonment of up to 20 years, or both.

That is how severe the penalties are and we believe that it is about time the GTEC tested the law.

Universities must know that they have names, images and their integrity to protect and so such negative reports cannot be helpful.

Public universities must spare us such embarrassment. In the same measure, the GTEC must be more vigilant and proactive in enforcing its regulations. This must not happen again!