We must speed up preparations for African Games 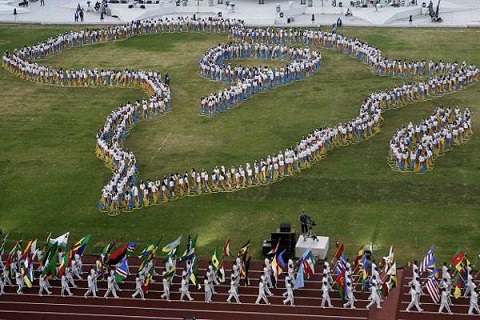 In two months’ time, Qatar will be hosting the 2022 FIFA World Cup with the small Gulf state becoming the centre of football’s biggest global gathering for one month.

The first World Cup tournament in the Arab world has been the culmination of a big ambition by small but rich country prepared to use the world’s most popular event as a catalyst for development, demonstrate is capacity to host major international competitions and also to make a strong statement that it is a modern and culturally diverse nation ready to do business with the world.

Since winning the bid to stage the competition, Qatar has spared no expense, spending billions of dollars in sporting infrastructure and other social investments to ensure it is ready to meet the world’s expectation as well as FIFA’s strictest standards in organising such a huge event.

The FIFA World Cup has grown in size and sophistication since Uruguay hosted the first competition in 1930, and for Qatar, it is not oblivious to the enormity of the project and the need to exceed the expectation of the football world in the quest to use the competition to rebrand the country. With a clear strategy and guidance from football’s world governing body FIFA, Qatar has assembled experts from across the world to help it execute a memorable football experience from November 20 to December 18, this year.

From futuristic stadiums to massive real estate development to accommodate over one million visitors, to an elaborate programme aimed at protecting its diverse culture, Qatar has left no stone unturned. It includes agreeing to a change in timetable from the competition’s traditional summer schedule to winter, as well as make concessions to provide alcohol to fans during the competition in spite of the Islamic state’s strict laws on the sale and consumption of alcohol.

Last week, Qatar’s Supreme Committee for Delivery and Legacy, the competition’s Local Organising Committee, invited selected journalists from across the world to witness the final of the Lusail Super Cup match between Zamalek of Egypt and Al Ahly of Saudi Arabia at the iconic Lusail Stadium. The match was to officially open the 80,000-seater stadium which hosts the World Cup final and also use the match as dress rehearsal for the much-anticipated December 18 match.

It was the ultimate test of Qatar’s readiness to host football’s biggest global party, as the journalists, including the Daily Graphic’s Maurice Quansah, witnessed the country’s readiness for the competition which could be felt on arrival at their international airports as well as driving through the capital Doha, which has seen massive upgrade in infrastructure, and individuals and organisations going overboard to roll the red carpet in a manner never seen in the country’s history.

The Lusail Super Cup organisation was a success on many fronts and there was little doubt that the country will turn on the style when participating teams, including Ghana’s Black Stars, and football fans begin to pour into the country in anticipation of a football festival.

For Ghana, there are a lot of lessons to learn from Qatar’s preparation to host the world in November. Next August, Accra is expected to turn into Africa’s sporting capital as the continent’s elite athletes gather for the 2023 African Games. However, unlike the case of Qatar where there were visible signs of a country ready to host the world many years ahead, the same cannot be said of Ghana with the competition just 11 months away.

Rather sad to recount, the country has not approached the competition with the same level of seriousness it attached to the hosting of the continental football competition since it won the hosting rights in October 2018. It was not until October 2020 that President Nana Addo Dankwa Akufo-Addo inaugurated the Local Organising Committee (LOC), led by Dr Kweku Ofosu-Asare, to
officially begin work.
With just under one year to the scheduled start of the 2023 African Games, there is a lot of apprehension about the country’s ability to meet the timelines it had set for the completion of infrastructure, testing of the facilities, preparation of Ghana’s teams and a Public Relations drive to get Ghanaians into the mood for what should be the biggest sporting event in the country.

Only last month the government announced it had obtained a $140 million loan facility to fund the construction of sporting facilities, with the proposed Olympic-size complex at Borteyman scaled down following delays attributed to the COVID-19 pandemic. Ghana is definitely in a race against time to speed up work and get ready to host the continental games.

The Daily Graphic would like to urge the Minister of Youth and Sports, Mustapha Ussif, to put pressure on the government to ensure the timely release of funds for the construction works as well as the early preparation of Ghanaian athletes to ensure they are ready to compete for medals.