Dalun water treatment plant must be saved without delay 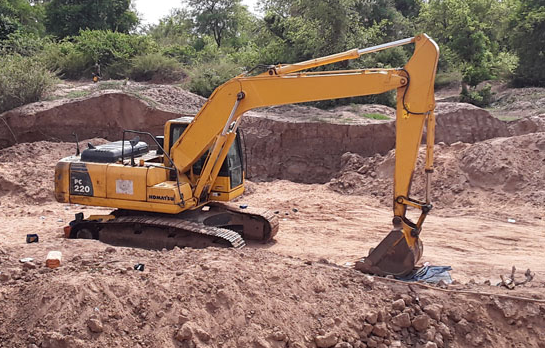 Water is important to the human race, but it is not everyone who treasures the resource, especially when it is available.

Apart from wasting water, some do pollute its sources which serve large communities of people for their selfish gain.

A clear example of this is what is currently happening in the Nawuni River, the only source of water for the people of Tamale and its environs, where illegal sand winners are having a field day.

The situation has become so dire that the Ghana Water Company Limited (GWCL) has called on the Northern Regional Security Council (REGSEC) to, as a matter of urgency, take steps to halt sand winning activities around the river, else it may be forced to shut down its water treatment plant at Dalun in the Kumbungu District.

The water treatment plant at Dalun serves many people and we urge the Northern REGSEC to treat the call by the GWCL as an SOS message before the worst happens.

That the GWCL has exhausted all available means to get the sand winners permanently out of the river and yet the situation persists is very worrying.

The Northern Regional Production Manager of the GWCL, Nicholas Okyere, who disclosed this at the recent commemoration of World Water Day, said the depth of the river had reduced drastically due to siltation as a result of sand winning activities.

He said that had undermined its water holding capacity, and that had it not been for a recent rainfall, the plant would have been shut down by now.

The water intake level as of February was 2.3ft (the minimum operating level is 2ft, while its maximum level is 36ft), but it had increased to 4.60ft by March 14, 2022, following a downpour, the GWCL said.

The company also said the turbidity level of the river currently stood at 192 Nephelometric Turbidity Units (NTU), which is beyond the required standard of between zero and five NTU, a situation which requires the use of more chemicals to treat the water.

As a result of the high turbidity levels, about 22 per cent of harvested water goes waste at Nawuni, also in the Kumbungu District, during production, instead of the required five per cent loss.

Fortunately, the sand winning activities in and along the river have been identified as the main cause of pollution and the low intake by the treatment plant.

Should the plant be shut down, not only would we be adding to the 2.2 billion people living without access to safe water globally; water security in the Tamale metropolis and its environs will be threatened and our achievement of Sustainable Development Goal Six, which seeks to ensure water and sanitation for all by 2030, will be in jeopardy.

Immediately, the Daily Graphic urges the dykes that have been built in the river with stones and wood to create channels for vehicles which convey sand and have thus obstructed the flow of the river to be destroyed.

We also support the call for the Northern REGSEC to get the sand winners permanently out of the river and the destroyed buffer zones of the river reclaimed to give the Nawuni sub-catchment the desired natural protection to reduce sediment transportation.

The Operation Vanguard Taskforce can also be roped in to lend a helping hand in clearing the sand winners from the river.

Indeed, we have no other option to avert the looming water crisis in the metropolis, since the quality of the ground water in the area is poor.