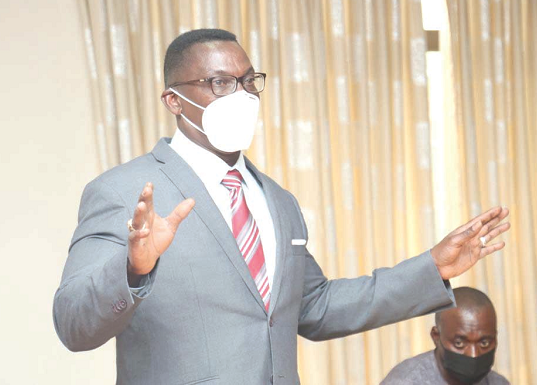 The Ghana Private Road Transport Union (GPRTU) has made an appeal to the National Insurance Commission (NIC) to reconsider the ‘no premium, no cover’ insurance policy to enable some of its members to buy comprehensive motor insurance.

The General Secretary of the union, Mr Godfed Abulbere, during a courtesy call on the Commissioner of Insurance, Dr Justice Ofori, said many of its members had come to appreciate the importance of comprehensive insurance policies over the third party insurance covers and would, therfore, love to buy that.

However, he said members were compelled to go in for just third party cover because of their inability to pay the premiums upfront.

The ‘no premium, no cover’ policy which took effect from April 1, 2014 requires insurance firms to collect premiums upfront before providing insurance cover.

The move implies that insurance companies would no longer be required to sell insurance products on credit to customers.

The union, which was led by its National Chairman, Nana Nimako Bresiamah, also commended the NIC, for coming to the rescue of its members in the commercial transport sector and bringing sanity to the roads.

Nana Bresiamah commended Dr Ofori on the leadership role he played in the implementation of the Motor Insurance Database (MID).

He said the MID policy had significantly reduced the incidence of fake insurance policies procured by their members [commercial drivers] who only realised these policies were fake after an accident had occurred.

He advised the executive that if the one-time payment of a comprehensive insurance policy premium by a vehicle owner was high, there was also an opportunity for them to take monthly and even quarterly packages.

That, he explained, had been available on the insurance market and urged the drivers to take advantage of such flexible arrangements.

Dr Justice Ofori, since his appointment in 2017, has led some massive reforms at the NIC, key among them being the introduction of the MID.

He reduced significantly the number of vehicles with fake insurance policies plying the roads and ensured that the menace was curbed as families and livelihoods were being adversely affected by road accidents.

Following successful discussions, Dr Ofori announced the intention of the commission to organise training sessions for drivers across the country.

That, he believed, would largely increase awareness as regards the rights and responsibilities of motorists.

According to him, he believed in the fact that educating people on insurance would lead to a heightened appreciation of insurance, rather than the feeling of compulsion to buy insurance.

His establishment of an Insurance Educational Fund to promote insurance awareness in Ghana was further highlighted by his target of training 10,000 youth as insurance agents to boost the manpower needs of the insurance industry and also to engender professionalism in the agency sector.