‘Ghana has no maritime boundary dispute with Togo’ 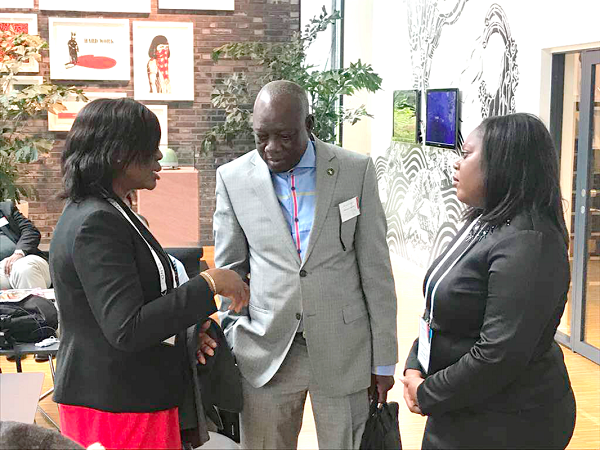 The Chief Director of the Ministry of Energy, Mr Lawrence Asangongo Apaalse, has assured global oil companies interested in operating in the country that Ghana has dispute-free maritime boundaries with its neighbours.

According to him, the country’s oil blocks located offshore the Keta-Accra basin to the east and the Saltpond-Tano basins to the west had no disputes.

He said the maritime boundary dispute said to be brewing between Ghana and Togo over offshore oil exploration activities were only perceptions because the maritime demarcations were already delineated and clearly defined with its neighbours.

Mr Apaalse, who is also the Chairman of the Licensing Bid Rounds and Negotiation (LBRN) Committee for allocating oil blocks, gave an assurance at the just-ended Offshore North Sea (ONS 2018) Conference in Stavanger, Norway, in which Ghana’s oil and gas trade mission participated.

Speaking to a large gathering of prospective and existing investors in Ghana’s oil fields, Mr Apaalse used a map to outline the huge offshore opportunities in the country’s upstream sector and in other support services, showing areas where investors were free to explore within the country’s maritime territory.

“I can assure you that our maritime space is now more than 10,000-square metres, more than our land mass. So you see, we have more space for you to invest in,” he said.

He acknowledged the fact that Togo had, between December 2017 and May 2018, stopped two Ghanaian-led vessels from undertaking seismic activities to acquire data in the deep sea, but added that it should not deter investors.

Ghana, he said, would not engage in disputes with its neighbours, adding that it applied the accepted formulae which were amply demonstrated during the arbitration with Cote d’Ivoire, which proceedings Togo sat through to observe.

“Ghana does not share a boundary with Nigeria on land, but within the maritime space it does,” Mr Apaalse said, pointing out that the international law addressed that situation.

“One of the conditions the United Nations is looking for is that countries seeking extension must first define their boundaries to the left and to the right,” he said.

Through Ghana-Norway Oil for Development collaboration, Ghana met the international requirements for acquiring additional continental shelf, in which defining boundaries was a pre-condition.

Mr Apaalse stated that Ghana’s application to extend its continental shelf received no objection and that it went down as one of the best cooperations among members at the regional and sub-regional levels.

Mr Apaalse mentioned that there would be a convergence of industry players and resource managers in the first quarter of next year to critically look at industry dynamics.

The chief director said the first quarter forum would look at the exploitation of resources beyond national jurisdiction. “I must tell you we are exploring every aspect of the ocean,” he stated.

At a Ghana Day exhibition at the conference, the Chief Executive Officer of the Petroleum Commission, Mr Egbert Faibille Jnr, said there were opportunities in front-end engineering, design, fabrication and construction.