NPRA to automate operations next year 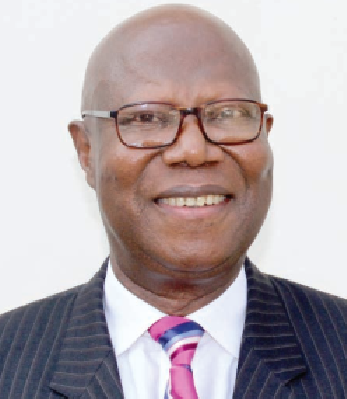 The National Pensions Regulatory Authority (NPRA) is to automate its operations next year to help ensure a seamless regulation of the pension industry.

The Board Chairman of NPRA, Mr Paul Simon Koranteng, said in Accra that the authority was in the process of securing a “robust automated system to effectively and efficiently regulate this country's pension industry.”

“When we are able to do this, hopefully by next year, the risk-based supervision (RBS) system will significantly enhance our regulatory operations,” he said at an anniversary dinner and an awards night for staff last Sunday.

The event was to climax the 10th anniversary celebrations of the NPRA, which started earlier this year. The authority used the event to bond, reward staff for their diligence and hard work over the past years and to chart a new course.

Mr Koranteng explained that the system, when deployed, would help boost the operations of the NPRA in the areas of licensing and registration, standards and compliance management, complaint and grievance case management (customer relations management system), as well as stakeholder interactions.

He said it would also provide solutions to the content management (electronic document management) and help desk, and the call center management system challenges of the authority.

He said the automation of the operations of the NPRA was one of the strategic decisions that the board was taking to help make the pensions industry resilient and modern.

He pledged the resolve of the board to continue to provide direction for the authority to deliver its vision, mission and goals as the regulator.

Mr Koranteng commended the Chief Executive Officer of NPRA, Mr Hayford Atta-Krufi, the management and the entire workforce for the cooperation the board enjoyed over the period.

He said the anniversary dinner and awards night buttressed the existing cordial and working relationship between the staff and the board and, thus, urged all to help sustain the cordial relationship.

Mr Atta-Krufi assured workers and pensioners that the NPRA would continue to protect their interest through diligent and professional regulation of the industry.

He said the authority had achieved tremendous success and also grown in leaps and bounds over the past 10 years.

He said in December 2012, the authority started the licensing of trustees to begin receiving the five per cent contribution directly from employers and that had grown to 20 trustees as of now.

He explained that the first batch of funds which was lodged then at the temporary pensions fund account (TPFA) at the Bank of Ghana was transferred to the registered second tier occupational pension schemes in 2015.

Mr Atta-Krufi said asset under management (AUM) of the industry had grown to about GH¢23 billion as of this year, reflecting the solid growth in the pensions sector.

“It is also refreshing to note that the authority has gained autonomy and has thus drifted away from government subventions,” he said.

The CEO said the NPRA currently had four zonal offices in Kumasi, Sunyani, Takoradi and Tamale, with Tema coming up early next year.

“I have the pleasure to announce also that the authority has acquired land for its permanent head office complex and pensions college in Accra to facilitate its operations and ensure visibility,” Mr Atta-Krufi added.