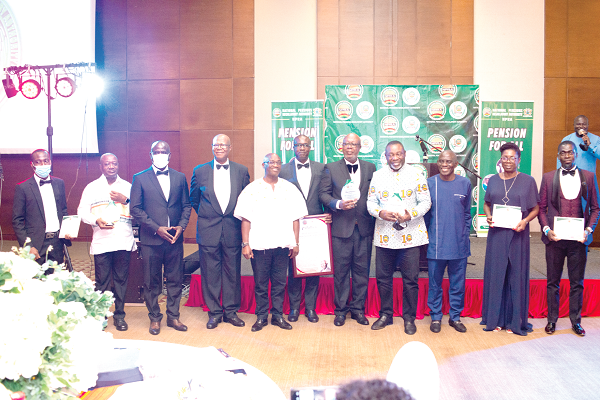 The National Pensions Regulatory Authority (NPRA) is exploring other avenues to invest pension funds, the Chief Executive Officer of the authority, Mr Hayford Attah-Krufi, has said.

He said avenues for investing pension funds in the country were limited, apart from the traditional channels used over the years.

“Pension funds investment in the country appears so parochial. There are few avenues for investing in pension funds, apart from the very traditional ones used over the years. The need for well-diversified means of investing pension funds has to be employed to have broader and more profitable pension funds,” he added.

Mr Attah-Krufi was speaking at the NPRA’s 10th anniversary dinner and awards night in Accra.

He said the issue of pensions had received much attention from the government, for which reason more people, especially those in the informal sector, were being encouraged to join pension schemes.

“The recent launch of the National Cocoa Farmers Pension Scheme is an excellent example of the government's commitment to ensure more extensive pension coverage in the informal sector.

“The government is also leaving no stone unturned to resolve all outstanding issues in the implementation of reforms, especially to address retirement benefit challenges under Act 766,” he said.

He said the NPRA was, therefore, vigorously engaging in activities to reach out to all stakeholders and the public on pension issues and their importance.

The Board Chairman of the NPRA, Mr Paul Simon Koranteng, said plans were far advanced to secure a robust automated system to effectively and efficiently regulate the country's pension industry.

“When we are able to do this, hopefully by next year, the risk-based supervision (RBS) systems will significantly enhance our regulatory operations. The system will help boost our operations in licensing and registration, standards and compliance management, complaint and grievance case management, as well as stakeholder interactions.

“It will also provide solutions for content management and help-desk and call centre management system challenges of the authority,” he added.

The Minister of Employment and Labour Relations, Mr Ignatius Baffour Awuah, said the government had acknowledged some of the teething challenges in the payment of the lump sum to people who retired recently.

“I wish to say that we are working closely with the NPRA and other stakeholders to address the challenges. The President, Nana Addo Dankwa Akufo-Addo, has assured the labour front of his government’s readiness to address all disparities in the payment of pension benefits to workers retiring this year.

“I wish to reiterate that the government would absorb the shortfall in the lump sum payment by the Social Security and National Insurance Trust (SSNIT) to public sector workers who retire this year,” he said.

Recently, a 10-member committee to determine the quantum of past credit payable to retirees and the modalities of credit transfer to SSNIT was inaugurated.