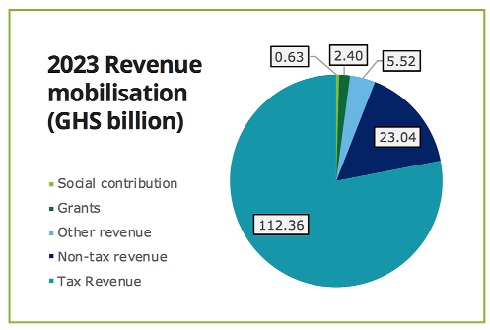 Accounting and advisory firm, Deloitte Ghana, has observed that plans to convert the National Fiscal Stabilisation Levy (NFSL) into a growth and sustainability levy (GSL) and extend it to the extractive sector could conflict with the fiscal regime governing the operations of companies there.

Investment agreements between extractive companies and the country are largely governed by fiscal stability clauses and the auditing firm fear that any attempt to impose the one per cent levy on their total production could be at variance with those clauses.

It also warned that the increased tax burden might affect further investments needed for business growth, especially for the extractive sector.

“Given that businesses are facing difficulties in the current economic crisis, it is our hope that this measure will only be temporary and phased out over time to lessen the tax burden on businesses,” Deloitte Ghana said in its post-budget review released last Tuesday.

The consulting firm, however, expressed the hope that the law that would amend the NFSL into the GSL would provide further clarity on how the government intended to navigate the challenge.

Deloitte’s review summarises key aspects of the budget and provides its expert view on significant policy and programme proposals as well as fiscal targets set out in the 2023 economic policy statement of the government.

It was launched at a post-budget forum graced by a Deputy Minister of Finance, Abena Osei Asare, and hosted by the Country Managing Partner of Deloitte Ghana, Daniel Kwadwo Owusu.

It also featured a panel discussion by experts on the economy and tax as well as representatives of the Ghana National Chamber of Commerce and Industry and the Association of Ghana Industries.

As part of efforts to grow revenue, the Minister of Finance, Ken Ofori-Atta, said during the presentation of the 2023 Budget on November 24 that the government planned to convert the current NFSL into a GSL and extend the coverage to all sectors of the economy.

Introduced in 2001, the NFSL was initially a sunset tax limited to eight specified sectors. It was envisaged as an avenue for the government to mobilise revenue in the effort to stabilise the economy.

The levy has, however, been extended several times by various administrations and now due to end in 2024.

He said these firms would be expected to contribute five per cent of their profit before tax as the GSL.

He said category ‘B’ taxpayers would comprise all entities except those in the extractive sector and would pay 2.5 per cent of their profit before tax.

The minister said the last category of firms would be extractive sector firms and would contribute one per cent of their gross production to the levy.

In its post-budget review, Deloitte Ghana said the decision to convert this regime to a GSL regime and expand the entities covered reflected the current urgent need to grow the revenue base for fiscal stabilisation.

It, however, said the dynamics in the extractive sector could pose a concern to the attempt to extend the levy to the entities.

“A major area of concern we foresee is in the case of companies in the extractive sector who mostly have fiscal stability clauses in their investment agreements with the government that stabilise the fiscal framework for these companies for a period.

“It is, therefore, unclear how the government intends to exert this proposal for the extractive sector,” Deloitte Ghana said.

Beyond that, it said it expected the extension to all sectors to serve as additional tax handle that would result in additional corporate tax burden for businesses.

To help mitigate the impact of the additional cost to businesses, Deloitte Ghana proposed that the government considered attaching some benefits to the payment of the GSL.

It said such benefits could include allowing the levy to be a deductible expense.