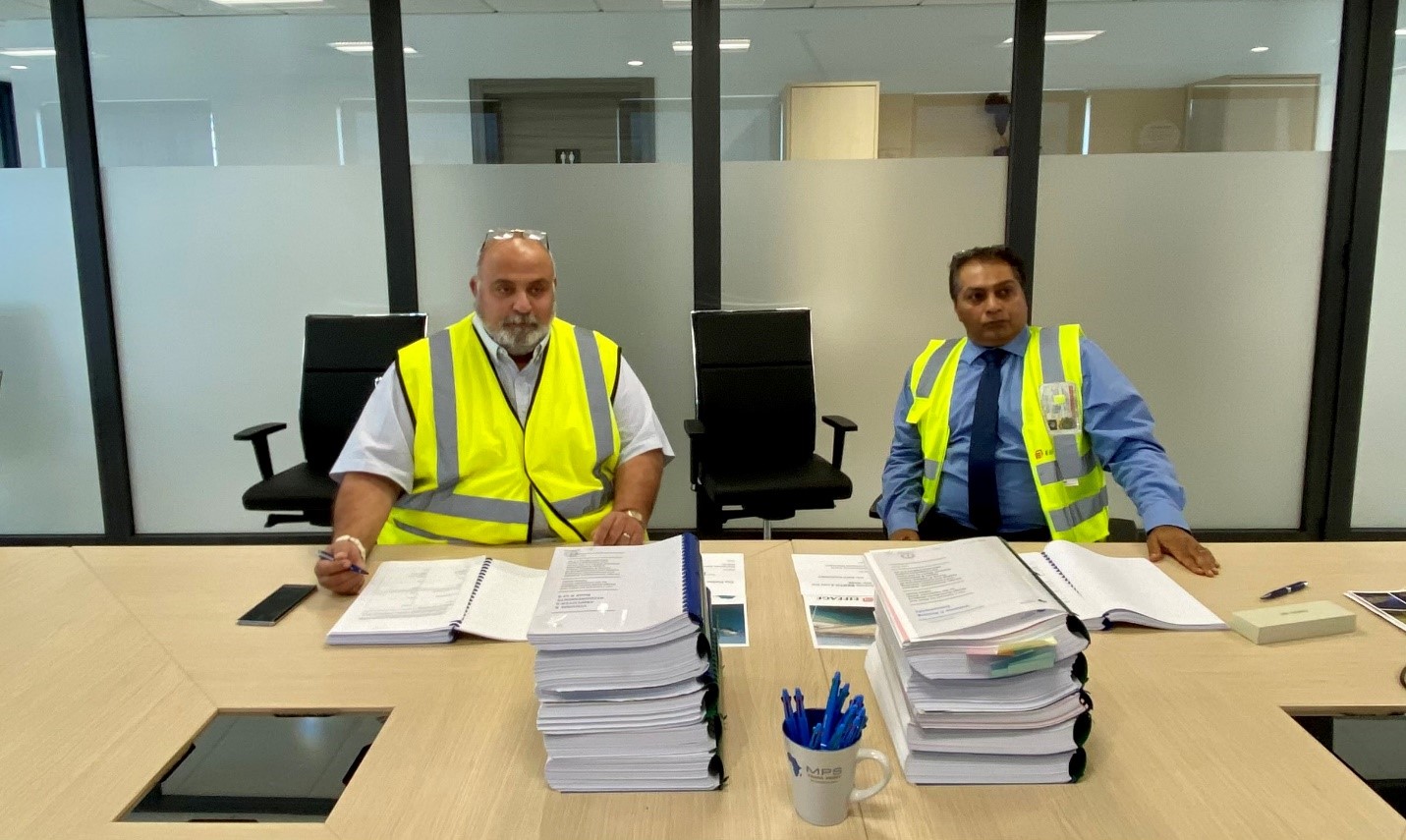 The Meridian Port Services (MPS) has entered into an agreement with EIFFAGE Génie Civil to extend the original FIDIC Yellow Book Contract to include the land works for the fourth new berth of the second phase of the Tema Port Expansion Project.

The contract extension entails building the yard from the reclaimed land level by the marine contractors to the final pavement including the formation of pavement layers with all the required data-networking, electrical, drainage, lighting and mechanical services.

The Contract Manager of EIFFAGE, Mr Mohammed Juma, during the contract exchange meeting on December 15 in Tema, observed that the transhipment remains a key goal for ports in the region as West Africa still lacks a well-developed transhipment hub.

MPS Terminal 3 of Tema Port has on this premise raised the bar to cater for this need.

“With improved handling capacity and a comparative advantage with the world-renowned transhipment hubs; MPS continues to put Ghana on the map in the maritime sector thus making a strong case for recognition as the hub of West Africa.”

Over the past two years, EIFFAGE devoted its effort to complete first phase of the Tema Port Expansion Project and successfully laid 41.5 million pavement blocks on the first 98 of the 127 hectares on land reclaimed from the sea.

The marine works for second phase were completed in July 2020 by China Harbour Engineering Company (CHEC), two years ahead of schedule.

The Chief Executive Officer (CEO) of MPS, Mr Mohamed Samara, stated that the terminal three and its enhanced capacity were purposely aimed at catering for the anticipated volumes increase (AfCFTA & Transhipment) that will come in as more shipping lines realise the added value that MPS Terminal 3 contribute to their market range and share of the West African trade volume.

The container shipping industry is rapidly transforming, and it takes those who are keen on staying ahead to respond to this evolution and realise how much they can harness from what is developing around them.

Ghana and the industrial port city of Tema presents huge potential for growth in the maritime sector as it is poised to attract more business as general trade and industry picks up in the country.

From the onset, MPS has invested in Ghana’s economic growth and connectivity to the world and for many years to come with obvious knock-on effect on the region’s economy.

The new port facility is taking Ghana’s leadership one step further and positions it as an economic power and a leading economy in Africa, scaling up growth and employment in Ghana as well as within the whole Western African region.

Come next year in January 2021 when trading officially begins on the AfCFTA platform, Ghana is already ready in the area of logistics and specifically port infrastructure.

The added capacity that will be present by the completion of the fourth new berth during the second half of 2021, a year ahead of schedule, will further boost Tema Port’s capabilities to contribute to the success of AfCFTA.

Being one of the strongest emerging economies in West Africa (second largest) with a sturdy growth rate and burgeoning youthful population, many industrial companies have taken advantage and started to set up shop in Ghana to prepare for their penetration into the wider African market.

This is bound to be a game changer for the model maritime nation.