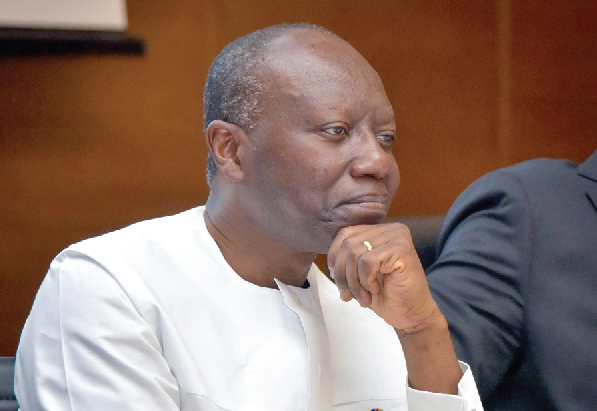 The International Monetary Fund (IMF) has urged the government to use the ongoing fiscal consolidation efforts to streamline expenditures to help address the growing risks associated with debt sustainability and the continuous rollover of maturing debts.

It said the fiscal consolidation was needed to credibly tackle the debt burden, especially at a time when the economy was still shouldering the liability of a high risk debt distress country.

In a statement issued by the IMF Executive Board on July 20 after it concluded the 2021 Article IV Consultation with Ghana, the fund quoted the fiscal deficit, including the energy and financial sector costs at 15.2 per cent of gross domestic product (GDP) and the debt-to-GDP ratio at 79 per cent for 2020.

It said while the government's response to the COVID-19 pandemic was commendable, it contributed to a record fiscal deficit and increased public debt vulnerabilities for the economy.

“In this context, directors stressed the importance of entrenching prudent macroeconomic policies, ensuring debt sustainability, and pressing ahead with structural reforms to deliver a sustainable, inclusive, and green economic recovery,” the statement said.

It, however, noted that the envisaged fiscal adjustment could aim to protect the "most vulnerable" in society against further financial distress.

In that regard, the Executive Board said "considerations could be given to more progressive revenue measures and a faster return to the pre-pandemic level of spending, with a shift towards social, health, and development spending."

The fund said the pandemic had a severe impact on economic activity, resulting in growing slowing down to 0.4 per cent in 2020 from 6.5 per cent in 2019.

It said it also caused food prices to spike and poverty to increase.

“The fiscal deficit, including energy and financial sector costs, worsened to 15.2 per cent of GDP, with a further 2.1 per cent of GDP in additional spending financed through the accumulation of domestic arrears. Public debt rose to 79 per cent of GDP.”

“The current account deficit widened slightly to 3.1 per cent of GDP as the decline in oil exports was partially offset by higher gold prices, resilient remittances and weaker imports,” it said.

It noted that the cedi remained stable against the US dollar, partly due to the Bank of Ghana (BoG) intervention, and gross international reserves remained at 3.2 months of imports while external and domestic financing conditions tightened considerably at the start of the pandemic.

It, however, said the financing conditions had since improved, resulting in the country successfully returning to the international capital markets for a $3 billion Eurobond issuance in March 2021.

The fund also stressed the need to complete “the planned audit of COVID 19 emergency spending and new expenditure arrears” timely.

On the monetary policy side, the IMF said the policy stance remained broadly appropriate but noted that a tighter policy would be needed, should inflationary pressures materialised.

“Although gross international reserves are relatively high, directors stressed the need to guard against erosion of external buffers and remain committed to a flexible exchange rate regime. Directors also encouraged the authorities to limit monetary financing of the deficit,” the statement said.

It added that the financial sector cleanup had made the sector more resilient but stressed that banks’ growing holdings of sovereign debt created risks and crowded out private sector credit.

In this regard, the fund said it took positive note of ongoing supervisory and regulatory reforms, which were important steps to protect financial stability.

“Directors also welcomed the improvements in the anti-monetary laundering and countering of the financing of terrorism (AML/CFT) framework that allowed Ghana to exit the Financial Action Task Force (FATF) ‘grey list,” it added.