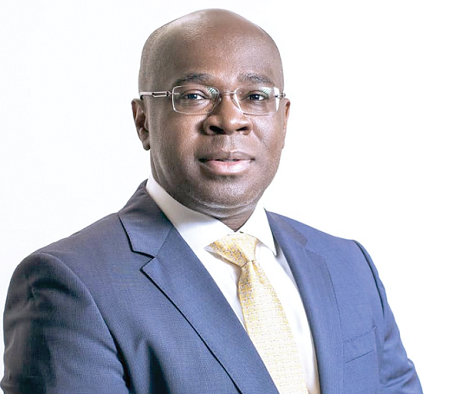 The World Bank is projecting that the African Continental Free Trade Area (AfCFTA) agreement will create the largest free trade area in the world measured by the number of countries participating.

The pact connects about 1.2 billion people across 55 countries with a combined gross domestic product (GDP) valued at $3.4 trillion.

Keeping that in mind, the Graphic Business, in partnership with Stanbic Bank Ghana, will on Tuesday, March 30 this year, bring together captains of industry, members of the business community, investors as well as policy makers to discuss and understand the crucial success indicators of    AfCFTA.

The breakfast meeting is on the theme: ‘Leveraging AfCFTA. The critical success factors.’

Commenting on the projections by the World Bank at a forum on March 1 in Accra, the Secretary General of the AfCFTA Secretariat, Mr Wamkele Mene, said creating a continent-wide market would require a determined effort to maximise its gains.

He said one of the positive things about the World Bank projection was that the beneficiaries of the poverty upliftment would be women and women-owned businesses.

“This positive projection is not going to happen on its own or by chance, stakeholders need to take concrete steps collectively to make sure that the gains are achieved,” he said.

According to him, there was a need for strong collaboration specifically between the secretariat and the private sector to create an enabling environment that would help the initiative to achieve its full potential.

He stated that the AfCFTA Secretariat would be ill-informed should it attempt to implement the agreement without the involvement of the private sector.

“It will not work for us if we implement the agreement without the involvement of the private sector; it will only remain as an agreement on ourselves written in words without commercial meaning.

“We have a unique opportunity under the AfCFTA. We, therefore, need to significantly advance the objective of market integration, harmonisation of roads and consolidation of our 1.2 billion consumer market,” he said.

Meant for the private sector

"It is the private sector that creates jobs, invests in innovation, engages in research and development, and supports the future in every country.

“So, I am determined that the secretariat establish a periodic and structured dialogue with the private sector that will assist us to deploy our resources for the implementation of the AfCFTA.

“We know that there are challenges and I am sure the private sector is also aware of their existence and so, we will work to resolve them,” he said.

With a large scope, the secretary general stated that the agreement would reduce tariffs among member countries and cover policy areas such as trade facilitation and services, as well as regulatory measures such as sanitary standards and technical barriers to trade.

Full implementation of AfCFTA would reshape markets and economies across the region and boost output in the services, manufacturing and natural resources sectors.

As the global economy is in turmoil due to the COVID-19 pandemic, creation of the vast AfCFTA regional market is a major opportunity to help African countries diversify their exports, accelerate growth and attract foreign direct investment.