Economy will grow at 4.1% this year— Axis Pension Trust 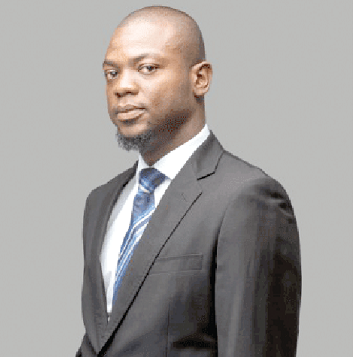 An economic outlook survey conducted by Axis Pension Trust Limited is forecasting an average Gross Domestic Growth (GDP) of 4.1 per cent for the country this year.

Having suffered a technical recession last year after it was hit by two consecutive negative growth rates in quarter two and three, the survey is predicting a strong rebound this year.

The 4.1 per cent GDP forecast is in line with Moody’s forecast which predicted four per cent GDP growth for the country. However, the projected growth is way above the forecast by the Economist Intelligence Unit (EIU) and the World Bank, both of which are predicting 1.9 per cent and 1.4 per cent growth, respectively, for the country.

He said this was because once production kicked in, sectors in the economy would recover and business would return to normal.

He said other factors included improving trade relations in the international communities and major market players, given that in the past couple of years, global growth had been put at the back burner because of geo-political reasons and the ravaging COVID-19 pandemic.

“In addition, the implementation of the African Continental Free Trade Area agreement, which is bound to put Africa on a different pedestal because of the enormous market opportunities which will create growth opportunities, especially if Ghana is able to tap into the benefits of such an agreement,” he stated.

Mr Ocran pointed out that, despite the strong economic growth forecast, there were still some headwinds in the economy which might impede growth.

“There are still some headwinds and key among them is COVID-19 related matters and its consequential delay in economic recovery.

“We have also realised that many governments, Ghana included, have had to stretch their debt levels in response to the virus and hitherto, Ghana already has a somewhat challenging debt profile and this is only compounded by events of 2020 and that presents some level of risk to the economy.

“Also some commodity price shocks can impact our economy, considering the fact that we are a commodity driven country,” he stated.

Mr Ocran pointed out that 2020 was an interesting year which would be remembered in history as one of the most difficult years.

“Governments all over the world had to improvise as the year unfolded. Multilateral organisations such as the International Monetary Fund (IMF), the World Bank, and the African Development Bank (AfDB) also had to revise their forecasts.

“For us, the lesson in that is that, particularly in an industry where we are prevalent with economic forecast, we will now do our forecasts with some level of skepticism. This is because, as humans, there is little we can see into the future,” he noted.

He said while 2020 would not be the last year that the world would be faced with a pandemic, the good news was that the world always found a way to regroup and bounce back stronger.

“And from a market perspective, markets after initial bouts of volatilities also bounce back and in many instances, head north as well,” he said.

Also speaking at the conference, the Managing Director of Stanbic Investment Management Services, Mr Alex Asiedu, called for ways to invest pension funds in entities that were helping to create value for society.

“A young man graduated from one of the local universities and has started turning coconut husk into fuel that people can use instead of charcoal. If he doesn’t have what it takes, sooner or later, his business will elapse because he won’t have enough financing.

“We, therefore, need that platform that would enable us to package products such as what the young man is doing and use the pension funds to support them to grow.

“That way, we will be creating impact across our communities and creating other means for fund managers to deploy capital to areas that are needed,” he explained.

The theme for this year’s conference was: “Adding value to pension funds through alternative investments”.

This year’s conference, which was the third in the series, was held virtually due to the Covid-19 pandemic.

The event brought together about 500 participants including trustees from leading pension funds, fund managers and members of the CFA Society, Ghana.