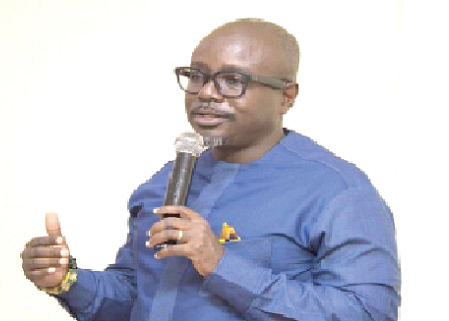 The country earned three times less from tourism last year than it got from the expenditures of international visitors in 2019.

When compared to last year, visitor arrivals into the country also fell by more than half in 2020 as most prospective tourists and workshop and conference attendees to the country either cancelled their trips in compliance with travel restrictions or stayed back to avoid contracting the deadly Coronavirus disease (COVID-19).

Data from the Ghana Tourism Authority (GTA) showed that revenues made from international visitors fell from $3.31 billion in 2019 to $1.04 billion last year on account of a corresponding fall in tourist numbers.

It indicated that unlike 2019 when 1.13 million international guests visited the country, only 355,108 people came to Ghana last year.

The data was made available to the Daily Graphic by the Chief Executive Officer of the GTA, Mr Akwasi Agyeman, last Monday.

The GTA CEO said the crash in visitor numbers and tourism revenue last year was mostly due to the COVID-19 pandemic.

He explained that the closure of the air borders for six months last year as part measures to contain the spread of the virus negatively affected the free flow of tourist.

He added that land borders, which accounted for 10 per cent of inbound tourists and revenues, remained closed after they were first closed in March 2020.

He said these developments either made it impossible or difficult for people to travel into and within the country, resulting in revenue from travel expenditures falling.

Mr Agyeman said the drop in the numbers had been “devastating” for the tourism industry, especially for the up-market hotels that depended mostly on international arrivals.

He added that the development forced a lot of operators to also close down, resulting in a fall in revenue generated.

Consequently, the CEO said the internally generated funds of the GTA were affected as “we could not license them.”

“Also, our expenditure to monitor enforcement of directives has gone up significantly,” he said.

On how the authority coped with the situation, Mr Agyeman said it was forced to reduce its expenditures and eliminate some marketing campaigns initially programmed for the year.

Mr Agyeman said the industry had maintained an upward growth trajectory in recent years, with visitor numbers and revenues earned reaching a peak  of 1.13 million arrivals and $3.31 billion respectively in 2019.

With regards to the visitor numbers, he said the 2019 annual growth rate was 18 per cent, “far above the global average.”

In recent years, the tourism industry emerged as strong earner of exchange earner for the country. It has maintained its status as a fourth exchange earner, coming after only cocoa, gold and oil & gas in that order.

The ministry said receipts from the visitors also rose from about $1.8 million in 2017 to $1.95 billion in 2018, with that year’s revenue being equivalent to about 4.9 per cent of Gross Domestic Product (GDP).

He attributed the strong growth in the numbers in 2019 to the activities around the Year of Return initiative, which, the government, through the Ministry of Tourism, Culture and Creative Arts and the GTA, introduced in that year.

The GTA CEO said the authority had decided to be modest with its target, given the circumstances.