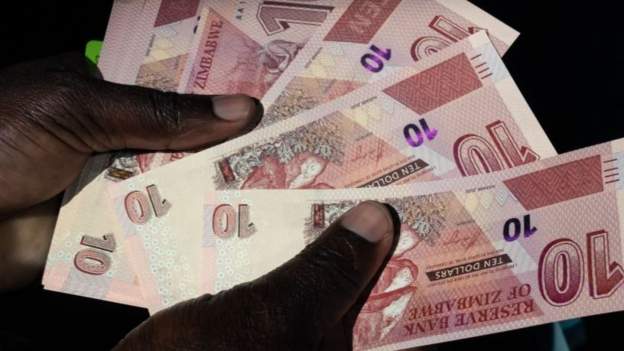 Inflation in Zimbabwe has risen to 785%, which makes it the second-highest rate in the world after Venezuela.

It follows a steep rise in prices and the collapse of a local currency introduced last year.

“This means that prices as measured by the all items Consumer Price Index increased by an average of 785,55% between May 2020 and May 2019,” Zimbabwe’s state-run Chronicle paper quotes the statistics agency Zimstat as saying.

The country is experiencing the worst economic crisis in more than a decade which has stoked political tensions.

Loss of production and revenue because of an 11-week Covid-19 lockdown has worsened the crisis.

President Emmerson Mnangagwa has blamed high prices and the weakening currency on economic “saboteurs”, such as business owners, the main opposition and even Western embassies, who he says are all conspiring to bring down his government.

For most people here in Zimbabwe, basic goods are spiralling out of reach.

The minimum wage remains a third of what consumer groups say a family needs to survive.

The opposition says the government’s accusations are diversionary and that poor policies and corruption have resulted in the loss of confidence and control of the market.

For 10 years, Zimbabwe used foreign currencies after scrapping its own in 2009 because of hyperinflation.