Your new hires won’t succeed - Unless you onboard them properly 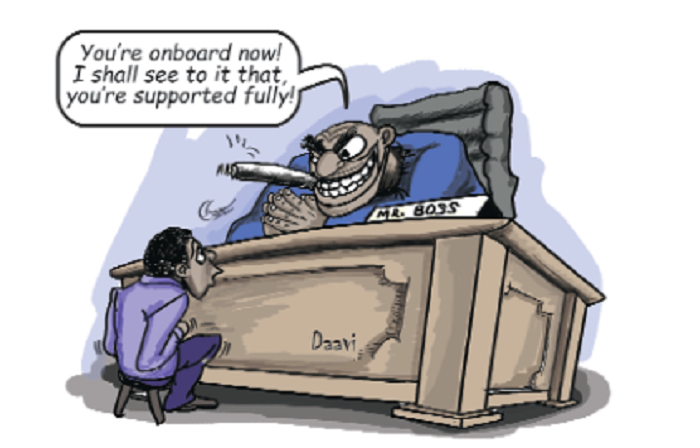 It used to be that onboarding was a process of just a few days but new research shows that spending as much as a year helping new employees get up to speed in the workplace is necessary to capitalise on the skills, knowledge and excitement they bring to the organisation.

What’s more, companies with successful onboarding programmes are not just more likely to retain their new hires but even report measurable profit growth.

The first three to six months —­­ when new hires are particularly susceptible to turnover —­­ are most critical. On average, companies lose 17 per cent of their new hires during the first three months, one study found.

Effective onboarding programmes have the dual purpose of supporting both new employees and hiring managers through socialisation and professional support. For example, google now uses an electronic checklist to remind managers to discuss roles and responsibilities with new hires, set up check-in meetings for the first six months and match new hires with a peer buddy.

Zappos offers new hires a five-week course that teaches them about the culture and values of Zappos. At Twitter, managers start thinking about onboarding well before a new hire’s first day by streamlining the many steps and interactions that must occur to make a new hire’s first days at the company welcoming and successful.

A meta-analysis conducted by two of us examined the findings of 70 separate studies and showed that feeling socially accepted was a key factor in newcomer success.

Integrating into the social network matters, in part because it brings greater access to information and resources. Another recent study we conducted found that among software engineers in India, new employees sought out more information when they felt connected to others in the organisation.

A new employee’s manager is one of the most important people in the onboarding experience, and gaining this person’s support may directly improve or undermine a new hire’s chances of succeeding.

In a study that followed 409 college graduates through their first two years on the job, the degree of supervisor support that new employees felt during that time period had implications for role clarity, job satisfaction and even their salary over time.

In another study, we found that supervisors can promote or inhibit newcomer adjustment through their supportive or obstructive behaviours.
This is critically important because it means that effective onboarding programmes must take into account not just the experience of the newcomer but also that of hiring managers.

We know that managers are busy and rarely have time built into their formal roles for the onboarding of new employees. So what motivates managers to support new employees in their onboarding?

To answer this question, we conducted another field study of new software engineers in India in which we surveyed new employees and their direct managers at different points in their onboarding experience.

We focused our attention on why some employees received support from their managers, while others did not.

Managers were more likely to provide new employees with helpful information when employees actively sought out information about their role and worked at making connections with new colleagues.

Those who asked for and got help from their managers were more likely to succeed. The potential downside is that managers may fail to support new employees whom they perceive as being less committed which may or may not be an accurate assessment.

Even with elaborate onboarding programmes, organisations need to be cognisant of the power of informal interactions between new employees and their managers, taking steps to ensure that this process facilitates onboarding rather than derailing it. It is important to encourage managers to check in with new employees and make time to offer support.

At the same time, new employees should be encouraged to do their part to engage in and take control of their own socialisation and onboarding by asking questions, seeking out information and taking advantage of opportunities to meet fellow coworkers.—HBR/GB