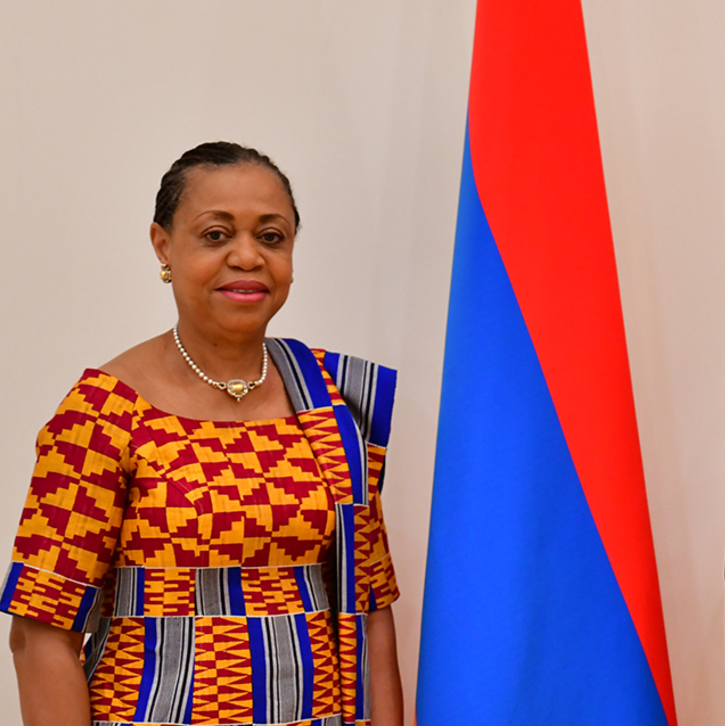 A ride-hailing service provider, Yango has been commended for its significant contribution to the growth of the country’s digital transport system.

Ghana’s Ambassador to Russia, Dr Lesley Opoku-Ware, who made the comment in Accra, observed that the investment made by the ride-hailing service provider in Ghana was a step in the right direction.

“I want to congratulate Yango on its investments in Ghana including the recent launch of the service at Kumasi in the Ashanti Region,” Dr Opoku-Ware said this during an interaction with the Director for International Policy and Government Relations of Yango, Mr Anton Zykov.

The meeting further explored other possible areas of cooperation with Yango which included postal delivery, haulage services, and the introduction of electric cars among others.

Dr Opoku-Ware also underlined the importance of technology and in particular, the artificial intelligence module.

“I am convinced that we can go further in our collaboration with Yango, Ghana among other African countries, has relatively advanced digital infrastructure and a youthful population,” she indicated.

Dr Opoku-Ware commended Yango on the digitalisation of tax collections which had enabled the informal sector to be covered and thus helped in the widening of the tax net.

After taking a test-ride, the ambassador expressed satisfaction with the Yango self-driving car innovative tech which was already used for robotaxi and autonomous delivery services.

Dr Akyaa Opoku-Ware assumed duty in Russia in 2017 and has concurrent accreditation to other countries such as Belarus, Armenia, Azerbaijan, Kazakhstan and Moldova.

Following its successful operations in Accra, the company looks set to expand to other parts of the country targeting the Ashanti Regional capital which has a population of nearly four million and an ever-growing need for transport services.

Yango app incorporates artificial intelligence that allows the driver, regardless of its geographical position, to select the shortest route.

The app also includes an SOS feature that reassures the customer about safety while every driver is rated to offer the best service to users of the service.