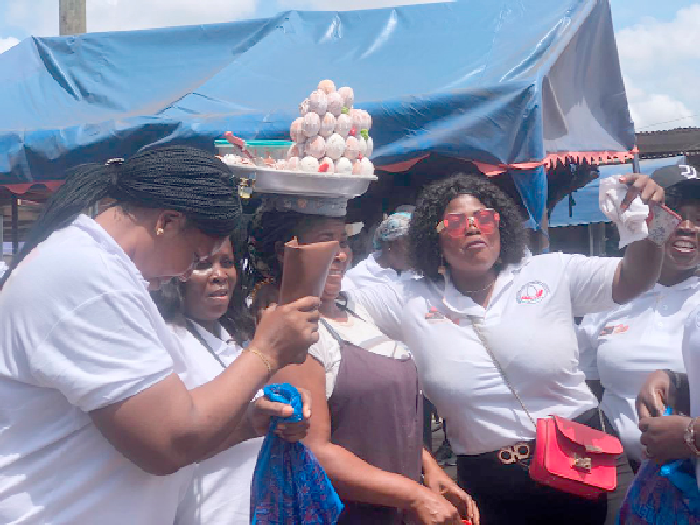 Some egg distributors at the Lapaz New Market marking the day with a display of eggs
30.5k Shares

The Ghana National Egg Campaign Secretariat (GNECS), in collaboration with the Greater Accra Egg Distributors Association and Women in Poultry Value (WIPaC), has embarked on a float through the streets of Accra to mark this year’s World Egg Day.

On the theme: ‘Eggs for a better life', the float which began from Obra Spot through to Lapaz New Market was aimed at sensitising and educating the public on the nutritional values of eggs on human growth and development.

Speaking to the media shortly after the float, the Coordinator of the GNECS, Comfort Kyerewa Acheampong, said the day was celebrated annually on every second Friday of October globally to recognise the general health benefits of egg consumption.

She said there has been an improvement in the consumption of eggs over the past years. However, there are still some misconceptions about eggs.

Ms Acheampong urged Ghanaians to disregard the myths about egg consumption rooted in some part of our society, adding that “I can assure you that the cheapest protein is an egg. Therefore add them to your daily meals.”

She also advised men to stop patronising aphrodisiacs and rather eat eggs to naturally increase their libido.


As part of the celebration, Ms Acheampong said about 6,000 eggs were distributed to some schools, hospitals and churches.

She added that the celebration was commemorated in all the 16 regions in the country.

She advised the public to eat egg daily for a good source of protein.