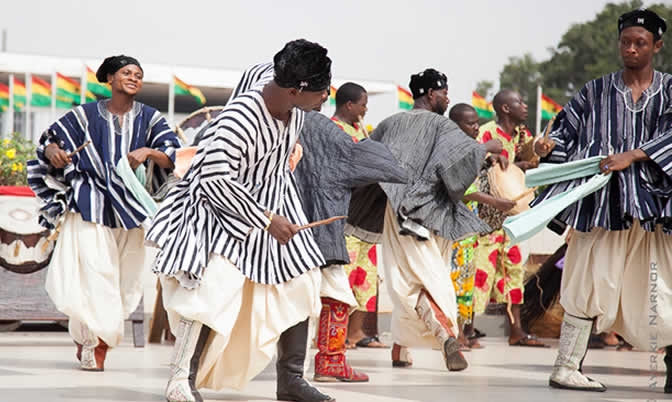 Businessman, Alhaji Seidu Agongo, has called for a deliberate policy to encourage entrepreneurship in peri-urban and rural areas to help ensure a holistic development of the country.

He said the country should capitalise on its cultural diversity and uniqueness to establish special community-based enterprises to commercialise the unique foods and other traits of the people.

In an article on how to raise the country's next crop of entrepreneurs, Alhaji Agongo said government policies and investments must also aim to unleash the entrepreneurial acumen of the citizens.

"For nations like Ghana aiming to develop sustainability, government policies and investments are only good to the extent that they unleash the entrepreneurial acumen of the citizens and cause same to flourish unhindered. That needs not be urban-bias but national, with special focus on peri-urban and rural communities," he said in the more than 1,400-word article.

"In rural areas, entrepreneurship, mostly through micro, small and medium enterprises (MSMEs), helps to curb poverty. That reduces rural urban migration, it bridges the gap created by big businesses in the areas of needs, and it mobilises the energies and skills of the rural folks for development."

"Rural enterprises create value chain businesses by sourcing their inputs from colleague local enterprises, thereby sparking a chain of entrepreneurship and activity. The value generated then becomes the little drops of water that accumulate to spike national income while advancing the fortunes of the rural folks," he said.

Explaining further, the founder of the collapsed Heritage Bank said: "In the case of Ghana, the enormous diversity of the populace, with over 70 ethnic groups, dozens of staple foods and hundreds of unique cultural traits, makes this concept easier to implement. Each uniqueness can be leveraged and turned into a business idea, using the entrepreneurial skills of indigenes, and the products and services sold within the community."

"The factories/businesses need not be massive and complex but quality, unique and efficient, specialising in providing goods for people in the localities," he said.

He said in spite of the challenges associated with entrepreneurship in the country, it was easier for rural enterprises to succeed, given their association to the people.

He said it was easier for rural enterprises to gain strong patronage for their products and services as cnsumers mostly identified with them and felt a sense of patriotism in patronising their products.

"The businesses and factories are also easy to set up. They do not require sophisticated infrastructure to operate as they can be established literally anywhere -- so long as there is a market with expendable income."

"So, where do we start from? The district assembly system should be empowered to double as an entrepreneurship incubator. The assemblies should be given special funds to provide grants to workable business ideas that have been woven around the uniqueness of the locality."

"These funds should be disbursed based on merit to people and institutions with superior ideas, not those with the best of societal and political connections and influences. There should be a robust system from the national level to track performance of beneficiaries, support them along the chain and revise the funding whenever necessary.

"The successful entrepreneurs can now act as arrow heads through which newer ones will be nurtured," Alhaji Agongo said.