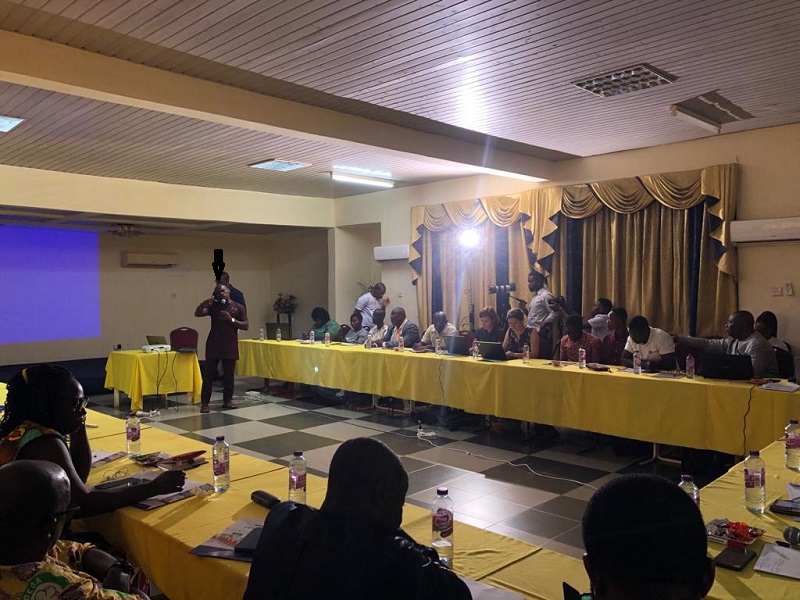 EcoCare Ghana, in partnership with Mighty Earth, has launched a tool designed to identify cocoa-growing landscapes in the country affected by deforestation.

The move is to trigger action from partners to avert further destruction to the country’s number one foreign exchange income earner.

At the launch in Accra on December 6, the Senior Advisor of Mighty Earth, Sam Mawutor, said the forest loss in the country remained high, despite pledges by the government and the chocolate industry to reduce cocoa-driven carbon emissions and forest loss.

He said the latest figures showed that about 10,550 hectares of deforestation happened this year within cocoa-growing regions, with 8,188 hectares of the clearance occurring within forest reserves.

He said it was likely that much of this clearance had been earmarked for cocoa plot expansion.

Mr Mawutor said the cocoa beans' journey from the farm to the first point of purchase was still the hardest to track.

He said that was where beans from deforested areas could be mixed with those grown on legally cultivated land.

He explained that the reality was that between 30 and 40 per cent of cocoa was still untraceable, adding that “some chocolate companies are sitting on that information”.

“Our map can be used to raise deforestation alerts and to hold big businesses accountable for bad practices.

“Locally, we are promoting the use of agroforestry approaches, which give value to standing trees and help diversify farmer livelihoods,” Mr Mawutor said.

The Senior Director for Africa at Mighty Earth, Dr Julian Oram, said it was possible to prevent cocoa from deforested areas from ending up in chocolate products.

He said for that to happen, two things needed to happen.

Dr Oram said small-scale farmers, who were the bedrock of the industry, needed to be properly remunerated to create a disincentive to farming in forest reserves, or protected areas.

“Secondly, we need effective monitoring, which is where our Ghana Cocoa Accountability Map comes in.

A cocoa farmer from Adjoobo Okrase in the Eastern Region, Evelyn Aziamati, said the protection of livelihoods meant addressing deforestation and being aware of what was happening in the local area.

She said tracking where the threats were could help farmers to raise the alarm before one hectare of deforestation increases.

“Keeping our farms going and being able to provide for our families, means growing cocoa sustainably and using standing forests to support our work,” she added.