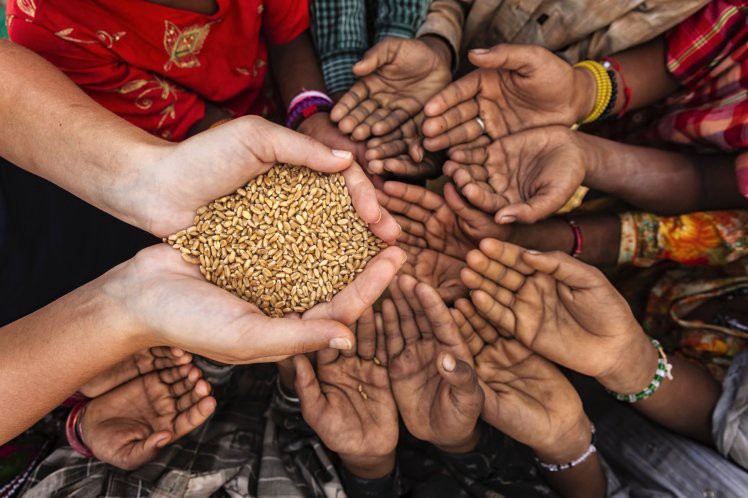 Should the Russia-Ukraine crisis persist, African countries that depend on food imports from the two countries are likely to face serious food insecurity situations in the short term.

A prediction by the Food Security Monitor (FSM) of the Alliance for a Green Revolution in Africa (AGRA) in a released this month, said this would be driven by lack of economic access to food, particularly, among low-income households.

“Food producers, namely farmers in these countries will likely benefit from these high food prices, but we also expect their production costs to surge on the back of increasing oil prices also driven by the conflict,” it said.

The AGRA’s FSM further said increases in fuel prices due to supply chain disruptions in the Black Sea will significantly increase input costs, pushing production costs and commodity prices up.

What is more, the conflict has further exposed the vulnerability of food systems in Africa which are highly dependent on imports for food supplies.

In the period under review, the number of food insecurity hotspots, defined as countries where more than 50 per cent of the total population has insufficient food for consumption, remained at four.

The FSM revealed that the food security situation in West Africa deteriorated in the first two months of this year.

It said the number of people with insufficient food for consumption across seven selected countries in West Africa was 106.5 million as of February 27, 2022, indicating a 0.8 per cent increase from January 2022.

A breakdown shows that in Burkina Faso and Mali, the prevalence of insufficient food for consumption remained very high at 57.1 per cent and 61.2 per cent of the total population, respectively.

In spite of this, the countries recording low decreases of 1.74 per cent and 0.84 per cent respectively in the number of people without sufficient food for consumption during the month.

Cote d’Ivoire recorded a low increase of 1.85 per cent of people with insufficient food for consumption with the prevalence at moderately high levels of 21.9 per cent of the total population.

According to the FSM, most African countries namely Egypt, Sudan, Nigeria, Tanzania, Algeria, Kenya and South Africa depend on food imports such as wheat, maize and sunflower oil from Russia and Ukraine.

As of 2020, Russia exported $4 billion worth of agricultural products to Africa, with wheat accounting for 90 per cent of total exports.

Similarly, during the same year, Ukraine exported $2.9 billion worth of agricultural products to Africa, wheat accounting for 48 per cent and maize 31 per cent.

“Beyond Africa and at the global level, both countries produce four per cent of the global maize supplies further demonstrating the important role the two countries play in the global food security market including that of Africa,” it said.

The report said closing of ports in Ukraine and farmers neglecting their fields in a bid to stay alive will result in significant shortage of wheat supplies from Ukraine to the rest of the world.

In addition, as sanctions against Russia by Western countries increase, grain exports from Russia are also likely to be suspended, further worsening the global food supplies.

The military action by Russia in Ukraine has resulted in disruptions in global food supply chains and of crude oil which has resulted in an immediate surge in commodity prices.

With parts of the region in Africa also projected to record below-average seasonal harvests following poor rains (in East Africa) and tropical cyclones in Southern Africa, it is expected to further put pressure on food prices.

Global maize prices have increased by 21 per cent, wheat 35 per cent, soybeans 20 per cent and sunflower oil 11 per cent.

Keynote
- AGRA’s Food Security Monitor provides an overview assessment of the food security outlook in AGRA-focus countries in East, West and Southern Africa, taking into account the movement of prices of main food staples and government interventions that impact on domestic and regional food trade, alongside the impact of forecast weather changes and environmental conditions on food security.

- The FSM is produced with support from the United Kingdom government’s Foreign, Commonwealth and Development Office (FCDO) through the Africa Food Trade and Resilience Programme.