Revocation of GN Savings’ licence is harmful to country— Nduom 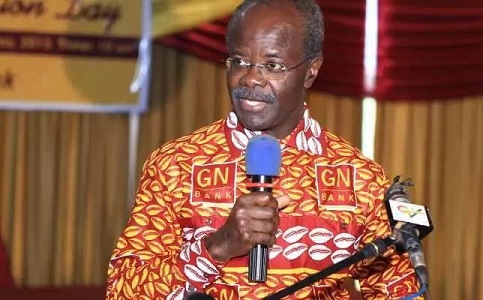 The Chairman and Chief Executive Officer of Groupe Nduom, Papa Kwesi Nduom, has stated that the closure of GN Savings is harmful to the development aspirations of the country.

The action, according to him, will go against the strides made to bring the unbanked into the formal sector, claiming that GN Savings is the only licensed financial institution spread across many towns with over 300 offices nationwide.

In an interview from his base in London, Dr Nduom said, “We have worked hard for one year to retain customer confidence, find liquidity and look for new investors.

“Friday’s action by the Bank of Ghana (BoG) came as a big shock and a huge disappointment because we were working quietly within government corridors to unlock International Procurement Company (IPC) receivables from government infrastructure projects. I am still in London looking for funds for our companies.”

According to the businessman, the financial company is not only solvent, but will be highly liquid if the Ministry of Finance simply orders itself and other government agencies to pay amounts owed GN Savings, Gold Coast and the contractors whose projects they have financed.

He said Groupe Nduom, through GN Bank, Gold Coast Fund Management, Gold Coast Advisors and the Ghana Growth Fund Company, had pre-financed infrastructure development in Ghana to the tune of approximately GH¢14 billion over the past several years.

Over 600 roads, bridges, schools and other critical additions to Ghana’s infrastructure have been made possible by funds mobilised and invested by these companies.

“The financing of these projects, structured as loans when from the bank and commercial paper when from Ghana Growth Fund Company, represented a significant proportion of the placements,” he said.

Responding to the claims by the BoG that some funds were transferred abroad without proper documentations, Dr Nduom denied the charges.

“We have not transferred customer funds abroad as alleged in the public notice.

“These products purchased by IBS, including the Ford, Dodge and Fiat vehicles driven by company managers and the hundreds of bright yellow AKSA generators, are all here in Ghana in plain sight,” Dr Nduom said.

Dr Nduom said the company had provided thousands of pages of documentary evidence to the central bank since 2018 but there had been no official response.

“Therefore, the statement that such a huge amount of “customer funds” was transferred abroad with “no documentation” is false and cannot be used to withdraw the SDI licence,” he said.

Dr Nduom also rejected claims that the government agencies owed his companies only GH¢30 million, saying anyone who said so was being mischievous.

“In addition, private sector organisations owe us commercial paper/placement debts of over GH¢400 million. Our companies have millions of Ghana cedis locked up in other institutions that have been collapsed during this “clean-up” exercise and have not been able to retrieve them,” he said.

He also denied claims that GN Savings had sacked all its top managers, insisting that all the top managers, as of Friday, August 16, were at post.