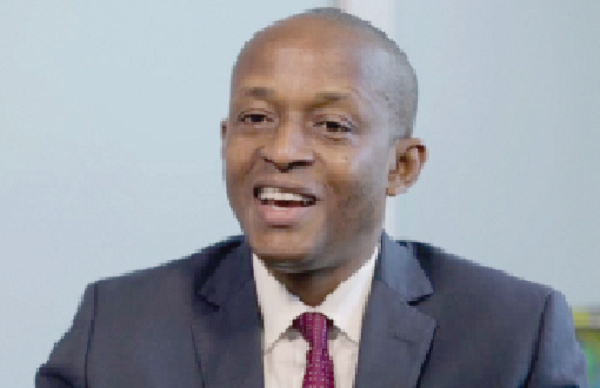 Accounting and auditing firm PricewaterhouseCoopers (PwC) Ghana, has called for increased discipline and hard work from the government to help realise the targets set out in the 2022 Budget Statement and Economic Policy.

It said while the revenue and fiscal deficit targets, among other things, were impressive and ambitious, they were not enough to assuage the concerns of investors and the international community about the country’s large deficit and high debt levels.

The financial advisory firm noted that strict implementation of the budget and the realisation of the targets were, therefore, needed to reassure investors that the country was capable of reducing the pace of debt accumulation and narrowing the deficit size, among other challenges.

The Senior Country Partner of PwC Ghana, Mr Vish Ashiagbor, told the Daily Graphic on Saturday that investors also looked forward to specifics on how the country hoped to narrow the deficit from the projected 12.1 per cent of gross domestic product (GDP) in 2021 to 7.4 per cent in 2022, as well as grow revenues by 44 per cent in a year.

For now, Mr Ashiagbor said investors were adopting a “wait and see approach” as more details on the government’s plans that were unveiled in the 2022 Budget last Wednesday emerged.

The chartered accountant and Country Head of PwC Ghana was speaking to the paper ahead of the PwC 2022 Budget Digest scheduled for tomorrow in Accra.

The dialogue session on the budget is expected to provide the platform for key government officials to shed more light on next year’s budget.

The annual event in partnership with the Graphic Business, the country’s foremost business and financial newspaper, will also afford businesses and the citizens the opportunity to seek clarification on policy proposals in the budget with the view to making informed decisions ahead of its debate and possible approval by Parliament.

Mr Ashiagbor said the event would feature a presentation from PwC fleshing out the key issues in the budget and how they related to businesses and consumers, a keynote address from the Minister of Finance, Mr Ken Ofori-Atta, and panel discussions by selected business groupings such as the UK-Ghana Chamber of Commerce.

He said the firm’s Tax Leader, Madam Ayesha Bedwei Ibe, would also give insights into the tax policies proposed in the budget.

The Senior Country Partner of PwC Ghana said the 2022 budget generally met his expectations although the nature and types of some of the policies were a bit surprising.

He said the economic situation indicated that the government would introduce policies to increase resource mobilisation as confirmed in the introduction of the electronic transaction levy (E-Levy) and the proposed 15 per cent increment in the fees and charges of public service providers.

Mr Ashiagbor, however, said the choice of electronic transactions, including mobile money (MOMO) and the rate of 1.75 per cent on all sending transactions except for remittances were a bit surprising.

He said while the E-Levy was a credible attempt to widen the tax net in response to earlier calls, it also committed the crime of increasing the burden of existing taxpayers with additional levy.

He said there were also genuine concerns about the levy’s potential to slowdown the pace of electronic transactions in the economy, noting that the scope and the rate of the tax needed further clarification.

Mr Ashiagbor said slapping the 1.75 per cent levy on all electronic transactions except for remittances, the government was raising the cost of business operation, especially in the area of payroll management, which relied on transfer of funds from an employer’s account to those of employees.

He said when that happened businesses would now have to decide whether to absorb the cost for it to hit their profits or pass it on to consumers through prices.

He expressed the hope that the PwC 2022 Budget Digest would provide platform for the needed clarity and context on the tax, as well as the bases for the scope for the benefit of businesses and the citizens.