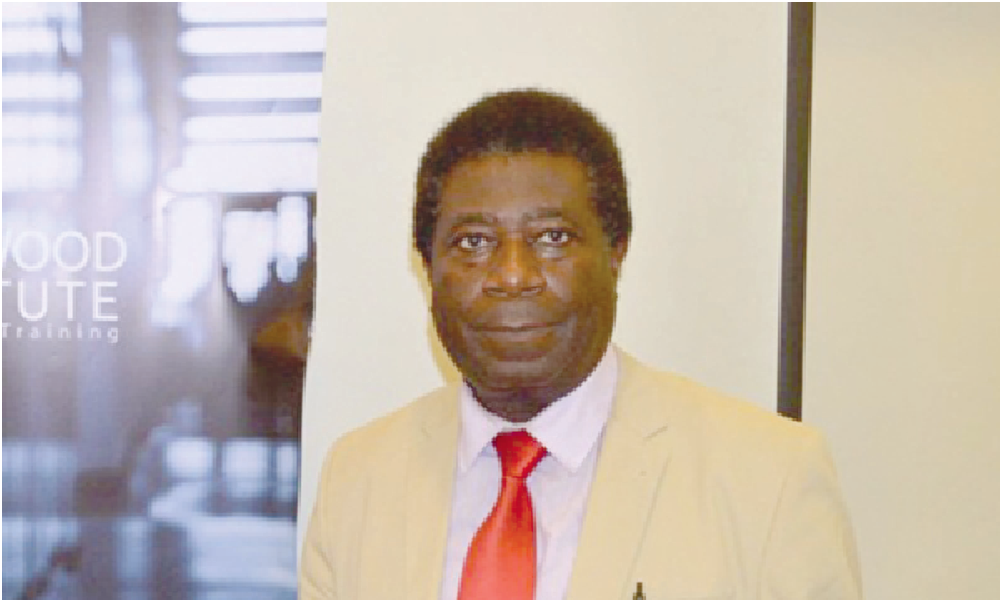 Leadership is a subject that everyone can relate to, but more than often, many people struggle to grapple with what leadership really is and as a result fail to practise it.

Leadership, however, is needed at the individual level, in the family, in the business, at the church, at the governmental level and across the world.

It is for these reasons and more that the Springboard Your Virtual University has begun a two-part conversation on leadership in a bid to help people appreciate the subject of leadership better.

Helping with these discussions is a popular guest on the Springboard show, Professor Pikay Richardson, who has taught leadership across 26 countries in the world.

Prof. Richardson said leadership was about leading people and not about being in a position of authority.

“When you talk about management, it is about getting things done, but leadership is about people; so the problem is, if you lead people then where are you leading them to?

“A leader must be somebody who is able to influence people and it’s not about forcing them, but exciting them with some good objectives and guiding them to achieve them,” he stated.

He said leadership was a process and an activity by which an individual referred to as the leader was able to influence a group of people in order to work together and achieve some good common objectives.

“So that title is only applicable to somebody who is able to do it and not applicable to people who call themselves leaders but have not been able to influence anybody to do anything.

How he got into leadership

Sharing how he got into leadership, Prof. Richardson, who is a trained Business Economist, said he got into the field of leadership in 2001 when the British Council which was then headquartered in Manchester approached the Manchester Business School where he was teaching for a collaboration to run a course in leadership.

“One of the directors of the British Council came to the Manchester Business School and said they had realised that the problem of Africa was lack of good leadership. He noted that the continent had so many resources yet poverty reigned everywhere,” he pointed out.

He said it had come to the attention of the British Council that Africa did not have the kind of leadership that would get things going so they wanted the Manchester Business School to set up a programme to train upcoming leaders in Africa.

Being the only African in the university then, he said the director from the British Council spoke to him on how to set up this programme to train people, mentor them and get them into leadership positions in Africa to make a difference.

“So we came together to run the course and that is how leadership started to be part of my life,” he said.

Prof. Richardson said when he started delving deep into leadership from 2001, he realised it was an important area which needed to be taken seriously.

As a business strategist, he said he would normally go to businesses and advise them on what they needed to do to make progress, but for leadership, it seemed to be different because it appeared that it didn’t matter what strategy an organisation had, if the leadership was wrong, nothing else would be right.

He said in 2005, he received a call from one Tony Cole who said he had put together a team of 40 senior people in Beijing and wanted a four-day course for them on leadership.

“I offered to do it and as soon as I dropped the call, I went to the library and started reading some leadership books. At the end of the course, they did an evaluation and the average was 90 per cent, and that was the first time I had taught leadership,” he mentioned.

He said he had since gone on to teach and speak on leadership in 26 countries across four continents in the world.

On why it took him so long to write a book on leadership, Prof. Richardson, who recently launched his first book on leadership titled ‘Leadership Theory, Practice and Cases’, said he loved travelling and teaching more than writing.

“I am a very active person and to sit behind a desk talking to nobody and writing was a big problem for me. Anytime I did a two-day executive course, people would walk up to me and ask if I could refer them to some of the books I had written so that they could have some recap, and I told them I had not written anything on leadership yet and they always got surprised.

“I kept telling myself I would do it but I was always flying around. I was doing usually 12 to 15 international trips around the world in a year so it was difficult to sit down and write,” he explained.

He said the COVID-19 pandemic which led to the imposition of lockdowns helped him finally sit down and write the book.

“The government clipped my wings and since I couldn’t go anywhere, that was the time to sit down and write. So in the middle of 2020 I started writing and because I had taught this subject over the years, I had the material, so all I needed to do was to sit down, take the slides and write.

“So within a year, it was all done, 350 pages, and every chapter has got a case study at the end of it with questions,” he stated.

He said he finally felt good and satisfied after writing the book.