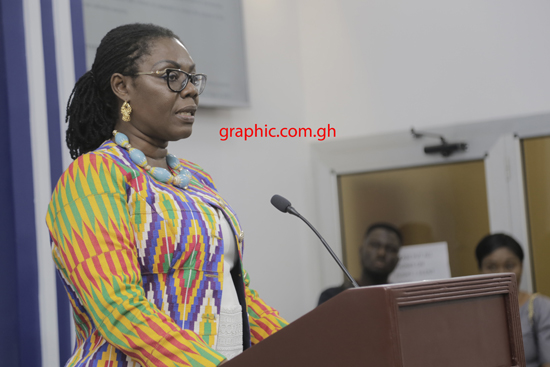 Latest figures from GSMA Intelligence have indicated that mobile technology represents a major boost for Ghana and sub-Saharan Africa, with the sector generating about $140 billion for the region in 2021.

This constitutes around eight per cent of the gross domestic product (GDP) across Sub-Sahara Africa.

The mobile ecosystem also supported more than 3.2 million jobs (directly and indirectly) and made a substantial contribution to the funding of the public sector, with $16 billion raised through taxes on the sector.

By 2025, mobile’s contribution is expected to grow by $65 billion (to almost $155 billion), as the countries in the region increasingly benefit from the improvements in productivity and efficiency brought about by the increased take-up of mobile services.

The report also indicated that by the end of 2021, 515 million people subscribed to mobile services in sub-Saharan Africa, representing 46 per cent of the population, and reflecting an increase of almost 20 million in 2020.

It further pointed out that there would be nearly 100 million new subscribers by 2025, taking the total number of subscribers to 613 million (50 per cent of the region’s population).

The two most populated countries, Nigeria and Ethiopia, are projected to account for almost a third of the new subscribers in the period to 2025.

Sub-Saharan Africa’s demography, with a sizeable proportion of the population under the age of 18, means that subscriber growth will remain strong for the foreseeable future as young consumers move into adulthood and can subscribe to mobile services.

This is one trend to watch, given the implications for high-speed connectivity and the creation and distribution of digital services in the region.

The report further noted that mobile connectivity had the potential to accelerate the region’s digital transformation and drive socioeconomic advancement in areas such as healthcare, education, digital commerce, industrial automation and smart city infrastructure.

Realising this potential requires policy measures to support network investments and improve the affordability of digital services for consumers.

The report, therefore, urged governments and regulators in the region to adopt forward-looking spectrum management and fiscal policies, which includes creating a spectrum roadmap to ensure there was enough spectrum to meet surging demand for mobile services in both the short and long term.

Governments have also been urged to ensure access to the mid-band spectrum, in particular 3.5 GHz, given its importance to the future of 5G.

“They must also apply best-practice principles of taxation as recommended by international organisations such as the World Bank and the IMF,” the report advised.