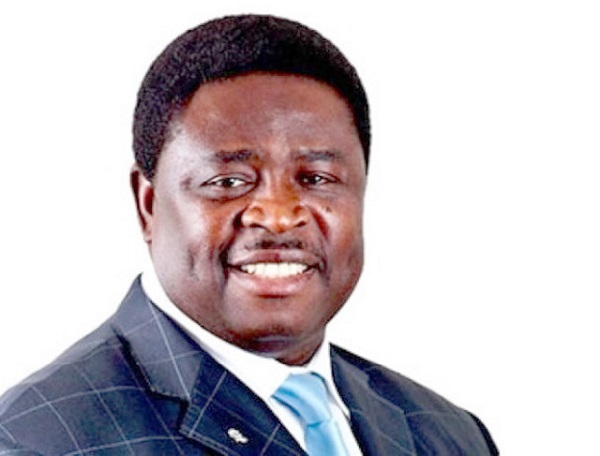 He said this would help increase the yields of farmers, as the hybrid seeds have the ability to produce at least 3.5 tonnes more than the normal seeds.

This, he said would also help the farmers deal with the issue of uncompetitive pricing in the industry, since the farmers would get more produce to make up for the high cost of production. .Reacting to the smuggling of soya beans and the shortages created as a result, Dr Sakara, who is also an agriculturalist and chairman of SAKFOS Holdings Limited, said the target should be how the county can produce soyabean more profitably.

There is an issue to the effect that some farmer in the country are selling their produce to foreigners. While some cite the good price offered, others are of the view that, some middlemen who are Ghanaians are leading that charge because of the commission they earn.

“If the prices that are being offered to the farmers locally are profitable compared to the ones that the foreigners come into buy why would they sell them to them?

“If the yields are that compressed by now we should be talking about hybrid that can get us to 3.5 tonnes per hectare especially when we're importing so much higher soybean which is costing so much more than what we have.”

“After producing it from the northern belt, you have to transport it down to the southern belt. So, you look at the computation of the cost structure and say how can I intervene in such a way that price at the market will be competitive and it will stay here. Those are the things that policy should do,” he said on Accra based Joy FM on June 2, 2022.

In an earlier interview, the Minister of Food and Agriculture, Dr Owusu Afriyie Akoto said an inter-ministerial committee has been set up to ensure that people do not smuggle soyabeans to other countries.

However, Dr Sakara said all those interventions come down to competitiveness of the price in the market place which begins from the potential of the variety.

“Those are the interventions that when you take you don't have to chase anybody. They'll bring themselves. But if you go to the issue of corralling people there is a limit to how effective that can be,” he said.

According to Dr Sakara, mechanisation offered a great intervention to make soyabean producers more competitive, yet, one of the big areas in producing the crop, threshing, had not been mechanised and was still labour intensive.

He called for increased investment in agricultural mechanisation to improve the production of soyabean in the country.

“If we can introduce small scale machinery that eases the demand for labour at harvesting and also threshing, and then if you want to really incentivise people which is always more effective than punishments, let's look at the energy production because energy is a key factor,” he said.

To him, the cost of energy has a pervasive impact –from production to transportation to processing, yet everything is subsidise but energy.

“That is really where those countries who have a competitive advantage look at. The tax on diesel is up to 60 per cent. So, why do you want to tax somebody who's going to produce something that will reduce your foreign exchange?

“Cut it by half. Let's give it a rebate of 30 per cent and that makes him more competitive,” he said.