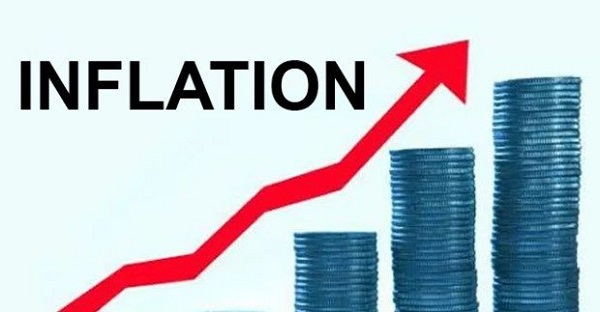 The country’s inflation rate surged to 50.3 per cent in the month of November. This is compared with the 40.4 per cent rate recorded for the month of October.

It is the first in 27 years since inflation rate had gone beyond the 50 per cent mark.

The increase is also the 18th consecutive time that the rate had increased, a development which is expected to further worsen the disposal income of workers, and impact on the already high lending rates, among other things.

Last month’s inflation was driven by the sharp rise in the prices of housing, water, electricity, gas and other fuels division which recorded an inflation rate of 79.1 per cent.

The education division, and the insurance and financial services division recorded the lowest inflation rates of 10.7 per and 10.2 per cent respectively.

The Government Statistician, Professor Samuel Kobina Annim, who announced this at a news conference in Accra yesterday said, food inflation increased from 43.7 per cent to 55.3 per cent in the month under review, while non-food inflation also rose to 46.5 per cent.

Inflation for locally produced items was 48.3 per cent, while that for imported items increased to 55.1 per cent.

The food inflation of 43.7 per cent was largely driven by water which recorded an inflation rate of 93.2 per cent.

The Eastern Region (63.3 per cent) maintained its lead as the region with the highest inflation.

The Volta region recorded the lowest inflation rate of 34.5 per cent.