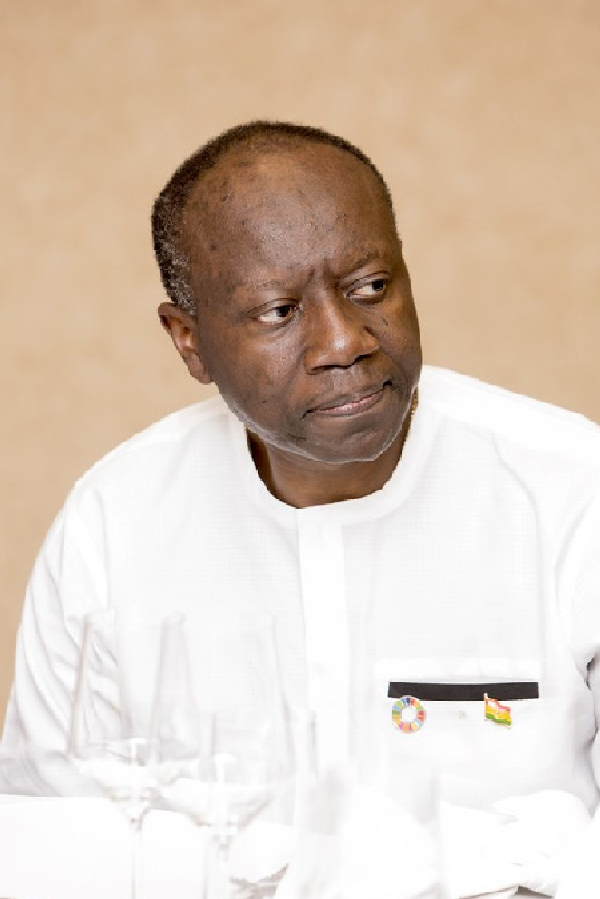 Analysts and global economic watchers have warned of an imminent global recession that is feared would further deepen the economic challenges facing the already embattled Ghanaian economy.

According to them, with the current debt crisis, soaring inflationary pressures, and the unpredictability of the Ghanaian currency, any further slide in the global economic growth figures would have dire consequences on the Ghanaian economy.

Head of Research at the Institute of Fiscal Studies (IFS), Dr Said Boakye, in an interview with Graphic Business, said Ghana’s current fiscal management space could not sustain another global crises as this would lead to a slump in commodity prices such as oil and gold.

Ghana’s debt crises is currently well over 90 per cent of its GDP, a situation that has led the country to seek a $3 billion bailout for the next three years. Inflation as of November was 50 per cent.

IMF bailout is conditioned on a number of policy actions, one of which is a Debt Exchange Programme on the country’s bonds totally about GH¢476 billion. It is reported that the country is seeking debt relief  or cancellation from the Paris Club of creditors to help steer the economy from further down slide.

IMF Managing Director, Kristalina Georgieva, in a recent media interview, warned of slowdown in the global economy on account of China’s slow economic growth and possible recession in the US economy.

These two economies account for close to 30 per cent of the global trade.

China is battling a new wave of COVID-19 upsurge in its major production hub across the country, a situation which the IMF forecasts to slow its growth rate to about 2 per cent of Gross Domestic Product.

Former head of the US Federal Reserves, Alan Greespan, has also hinted of a possible US economic recession on account of the recent hike in the US interest rates.

Bill Blaine, strategist and head of alternative assets at Shard Capital, in an interview with BBC, described the IMF's warning as "a good wake up and smell the coffee moment".

"Even though labour markets around the world are fairly strong, the kind of jobs being created are not necessarily high paying and we're going to have a recession, we are not going to see interest rates fall as rapidly as the markets think," he said.

He said that would create a whole series of consequences that would keep markets on tenterhooks for at least the first half of 2023.

Ms Georgieva pointed out that for most of the world’s economy, 2023 would be a tougher year than 2022.

She said while the IMF was projecting that inflation would slow down in 2023, its biggest worry was that global economic growth would slow down to 2.7 per cent or lower.

She said while the US was more resilient and might avoid the recession, half of the European Union would be in recession, while growth in China would also further slow down.

For emerging markets such as Ghana, she said the picture was worse and this was because in addition to the slowdown in global economy, such countries would be further hit by high interest rates and by the appreciation of the dollar.

“For those economies that have high level of debts, this is devastating,” she stated.

Dr Said Boakye, said usually with the global economy going down, the impact would be on commodity prices, especially oil.

He said oil prices could tumble if the global economy slows down as demand would go down.

“But when oil prices go down, for Ghana, it has two effects. It will have a fiscal effect because government revenue will go down, but on the consumer side and producer side, it is good news as prices of fuel at the pumps will also go down.

“But the issue is Ghana has fiscal problems more than anything so if government revenue is going down, there is a problem,” he stated.

He said a possible slowdown of the global economy could also affect other commodities such as gold.

Commenting on the dollar, Dr Boakye said if the US dollar strengthened in 2023, then it would mean more trouble for the Ghanaian economy.

“If the US dollar continues to strengthen, investments in emerging markets and poor countries such as Ghana will suffer and this is because investors will want to divert their investments into dollar denominated assets and this will affect us.”

On what measures the government could put in place to minimise the impact of the slowdown in global economic growth, Dr Boakye said the government must manage the fiscals very well.

Historically, he said the extent to which Ghana was connected to the global economy hasn’t been that strong with the exception of commodity prices.

“Overtime, the degree of linkages has increased but ultimately what is important is that the government must put its fiscals in order,” he noted.

He said the private sector continued to be resilient but was being weighed down by the public sector.

“The public sector finances have to be managed effectively well. Look at the 2023 budget, in the middle of the fact that you are looking for debt relief from creditors, expenditure is even going up and not much fiscal consideration is taking place.”

“With such management, if we are not careful, a possible global economic recession will have dire consequences,” he warned.