Ghana, six others to benefit from 30m euro support 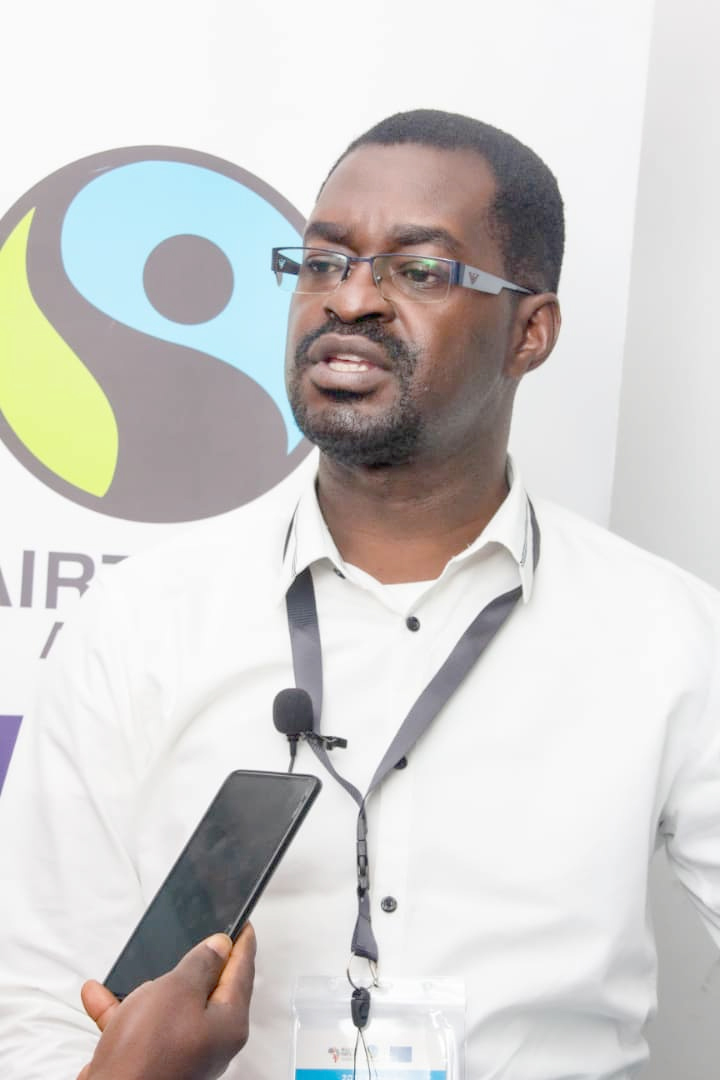 Ghana and six other countries in Africa are to receive support to enable them to add value to agricultural produce and to also diversify production.

The beneficiaries are expected to use the funds to redesign and enhance their final produce to make them more competitive on the global market.

Fairtrade Africa, a member of Fairtrade International, which provides a link between local farm producers and the international market for competitive pricing, is providing a 30-million euro social support fund from donors to the farmers.

During the height of the COVID-19 pandemic, Fairtrade Africa, with partnership from its donors, made available five million euros to farmers on gratis to help them scale over the lockdown challenges and help their businesses thrive.

The Finance Director, Fairtrade Africa, Oscar Orchieng, said the support system would help farmers, especially those in the West Africa Network (for farmers) to strengthen their governance structure and ensure they got minimum price and premium for their produce.

He was speaking at Ejisu in the Ashanti Region during the Fairtrade Africa, West Africa Network regional convention and congress.

Through the event, producers deliberated on new market opportunities, linkages with entrepreneurs in agro-processing, as well as issues that related to advocacy, youth and gender-related issues within agricultural supply chains.

In his address sent via zoom from Cote d'Ivoire to the meeting at Ejisu, the Fairtrade Africa Board Chairman, Benjamin Kouame, focused on Fairtrade Africa’s strategic vision on product and market development for Fairtrade-certified producers.

He emphasised the need for engaging stakeholders on policy, financing and market linkages that supported and promoted trade.

In his opening remarks, the Executive Director of Fairtrade Africa, Isaac Tongola, emphasised the role of Fairtrade Africa in empowering its producers to become more resilient and transformed organisations in order to ensure sustainable livelihoods.

"The opportunities that market linkages from the AfCFTA element present are critical to helping producers step up their efforts at adding value to their commodities in order to promote intra-African trade.

“Fairtrade is committed to helping producers address the challenges that climate change poses to agriculture and farmer livelihoods.

"Despite the changing climate conditions, we continue to support our producers to be resilient in adaptation and mitigation approaches by focusing on new areas and project interventions that enable value addition and income diversification," he said.

The Head of Region for Fairtrade Africa West Africa Region, Edward Akapire, reiterated the commitment of Fairtrade to strengthen its member producer organisations.

“The West Africa Fairtrade Network has over the period mobilised its members to access the capacity building on various topics relevant to our operations as farmers and workers, supported in the area of fundraising and engaged policy makers in an attempt to achieve favourable terms for producers," he said.

The Farmer Agribusiness Resilience School (FARS) pursues the ambitions of phase one by improving the resilience of producers due to the Covid-19 pandemic. This phase aims on the one hand, to maintain and diversify relationships within supply chains.

On the other hand, it aims to guarantee the continuity of food security and income-generation activities around the school farms.

The purpose is to strengthen local food security through the availability of quality agro-pastoral products on local markets and improve the economic resilience of producers by creating and maintaining income-generating activities.

Through the project, it is expected that school farms are functional and generate agro-pastoral products on local markets.

It is also expected that producers, through the training received from school farms, will carry out income-generating activities.

The programme has also introduced the Women's School of Leadership (WSOL) which is a training, mentoring and coaching programme aimed at improving participants' basic leadership skills and application of human rights provisions on gender issues in their own environment. Through the training, women are empowered to decide on their future through increased capacity to make decisions and take action on themselves; take control and manage resources by being supported to actively participate and voluntarily assume leadership roles in their producer organisations and communities.

In Ghana, organisations such as Bia West have focused on crop diversification.

Producers have ventured into other crops apart from cocoa. These include rice farming and maize farming among other things. Organisations such as Bomarts Ltd have invested in fruit processing for exports. Since it joined Fairtrade certification, Bomarts exports processed and fresh mango and pineapple to customers mostly in Europe and the Middle East market. The company produces and sells approximately 500 tonnes of tropical dried fruits per year.

At the processing unit, a total of five metric tonnes of dried fruits are processed from mango, pineapple, coconut, papaya and banana per day.

Under the alternative livelihoods component of the KKFU sustainability programme, about 220 women have received skills training.

There has also been skills training for women in batik tie and dye.

Fairtrade Africa, a member of the wider International Fairtrade movement, represents Fairtrade-certified producers in Africa and the Middle East.

Fairtrade Africa West Africa is one of the four-member regional networks of Fairtrade working with producers in Ghana, Cote d’Ivoire and now recently Cameroun.