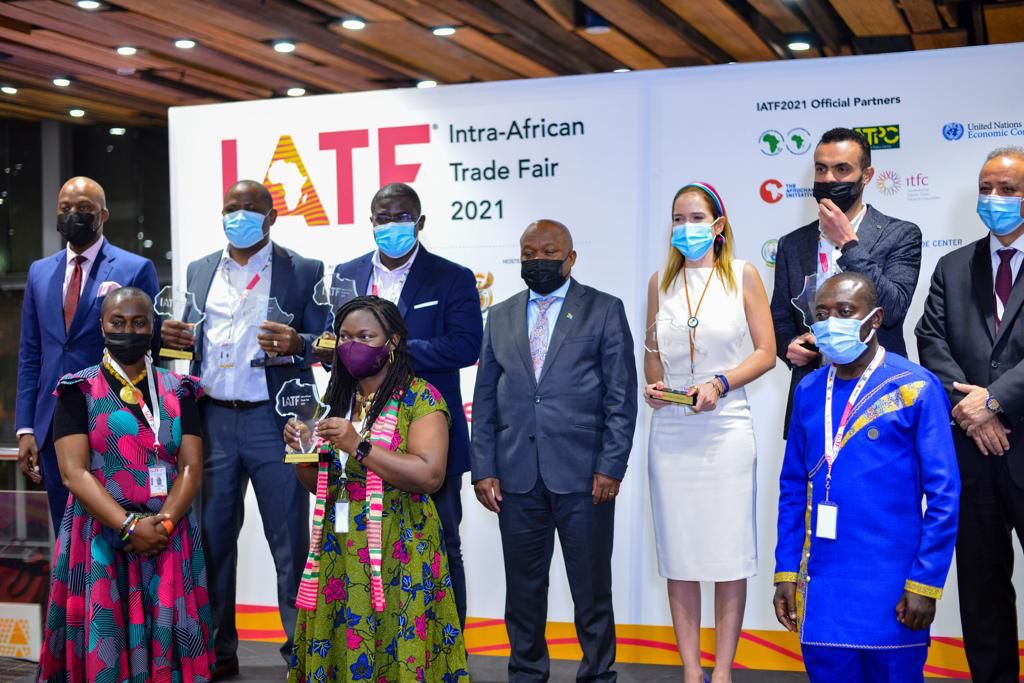 Ghana’s pavilion at the just-ended Intra-African Trade Fair (IATF) in Durban, South Africa, has been awarded the “Most Extraordinary Experiential Stand”.

At a brief ceremony by the organisers, the African Export-Import Bank, African Union and the African Continental Free Trade Area (AfCFTA), six other awards went to different exhibitors at the fair from other countries.

In all 1,100 exhibitors from 55 countries across Africa showcased different kinds of products and services at the fair which was also characterised by cultural performances and trade forum.

In an interview after the fair, the Chief Executive Officer of the Ghana Export Promotion Authority (GEPA), Dr Afua Asabea Asare said “indications are that, the fair has achieved its aim and most important, connections have been made for further business to promote trade among ourselves to improve our economy”.

She explained that there had been an improvement in packaging of some Ghanaian products because the authority had been continuously holding training programmes for Small and Medium Scale Enterprises throughout the country.

During Ghana’s trade forum, Ghana’s High Commissioner to South Africa, Mr Charles Asuoko Owiredu, said the global effect of COVID-19 had made it even more imperative “to approach multilateralism to restore livelihoods”.

He assured investors of attractive packages, an effective legal system and stable political climate in Ghana which were requisites for businesses to flourish.

The Deputy Chief Executive Officer of GEPA, Mr Sam Dentu explained the operations of the authority and outlined resources and products in which investors could do significant business.

He mentioned some of these as cassava, coconut, natural rubber, cocoa derivatives, cashew, shea butter and mango.

Mr Dentu said cassava was one of the major crops in Ghana with great potential for transformation and value addition adding that Ghana was the sixth leading producer of cassava in the world.

He explained that initial investments were required by any investor interested in the cassava value chain for maximum returns on investment.

The CEO of the Ghana Investment Promotion Council, Mr Yofi Grant gave reasons why investors should be interested in doing business in Ghana.

He mentioned some of them as a robust economy full of opportunities, stable political climate, strategic location and business- friendly nature.

The Deputy CEO of the Ghana Tourism Authority, Mr Alfred Asumadu who spoke on Tourism Investment opportunities said the country needed three and four star hotels to complement the growth in tourism development infrastructure and the available good hotels.

For his part, Mr Neville Matjie, CEO, Trade and Investment, KwaZulu Natal said there was the need to intensify partnerships to ensure that intra-African trade remained meaningful.

He called for better focus on the exportation of value added products instead of raw materials.

The Chief Director (Trade Invest Africa). the Department of Trade and Competition in South Africa, Mr John Rocha, said Ghana had been at the forefront of Pan-Africanism and time had come for full economic emancipation since that of only politicalemancipation was not enough.

The fair was on the theme “Building bridges for a successful AfCFTA”.

Intra-African trade is only 16 per cent of total African trade because of the lack of access to trade and market information.