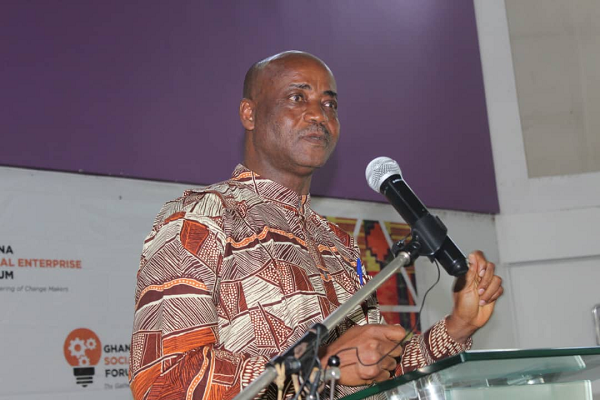 A social entrepreneur involved deeply in Ghana’s Agricultural sector, Mr Issa Ouedraogo has called for a legal framework that will enable indigenous social enterprises in the country to be exempted from some taxes.

He observed that although social enterprises play a key role in the socioeconomic development of the country, they are made to pay huge taxes which sometimes cripple their activities.

He, therefore, called on the government to take a second look at taxing social enterprises.

“Social enterprises do more work than NGOs, but they pay taxes, like any other business. We consider three main things namely planet, people, and profit. The people at the centre, you have to take care of the environment and also make sure that it’s profitable”

If NGOs who don’t do that much are exempted from many taxes, that makes it difficult, that is why I am calling on the registrar general so that there will be a room for social entrepreneurs where they will be exempted from certain things”, he stated.

Mr Ouedraogo made the call in an interview with the media at Ghana Social Enterprise forum organised on Friday Nov 18, 2022 at the British Council.


Touching on the Agriculture sector, he said some indigenous lawyers, local banks, are constantly conniving insidiously to milk the country’s Agricultural sector dry, hence the weak performance of Agriculture in the country.

Issa Ouedraogo, the founder of B-BOVID, who says he has gone through hell in the hands of the aforementioned in the last 17 years, said, until the government identifies these abnormalities silently creating an avoidable lacuna along the value chain of the Agricultural sector, and stem the tide, nothing significant would be achieved whilst the pockets of individuals fronting for fake foreign investors as lawyers, and banks would continue to get full.

These local banks, he stressed would continue to whitewash the surface of the fiscal policy regime and beneath their activities, they would continue to connive with fake foreign investors to shortchange the country in various ways.

Addressing participants under the theme: ‘Partnerships for sustainable development: social enterprises as catalysts for inclusive growth in Ghana,’ Mr. Ouedraogo, pointed out that foreign direct investment into Ghana’s Agricultural sector appears good in the books, but lacks clarity, conformity, and integrity.

He cited his personal engagement with one French organization which came into the country as social impact investors and cunningly took over the company he personally struggled to birth in the last two decades with his sweat and toil without the support of any government institution.

He said the government must consider investigating the modus operandi of some of these firms to ascertain if indeed these companies are decent enough and do not hold Ghana sway in its underhand dealings with local and foreign partners.

He again cited two banks, one for fraudulently engaging in unprofessional conduct to assist investors to cheat, and milking the Agricultural sector dry.

He said they denied him and others value for the interest-free facility acquired. 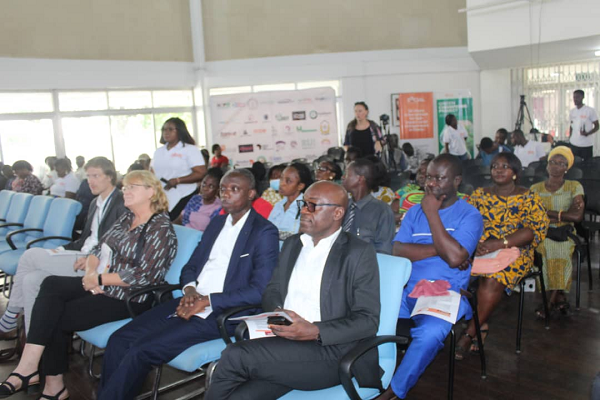 In the case of one of the banks, he said he negotiated with a bank in Sudan for an interest-free facility which had to pass through them but eventually the loan was given to him by the bank at a cutthroat interest rate on the blind side of the central government.

This issue, he said must not be swept under carpet, and the government must cause a serious investigation into some of these issues.

He said the said bank fabricated a very bad story about him, defamed him completely before many dignitaries in this country, and also published falsehoods about his company nationally and internationally.

For another bank, he claimed the Bank unprofessionally got misguided to engage in illegal tampering of accounts, and approval of transactions at his blind side with an account he jointly owned with another company.

In his quest to promote peri-urban farming, the social enterprise entrepreneur, initiated in 2012 the Ghana Peri-urban Vegetables Value Chain Project (GPVVCP), which is a subsidiary project under GCAP being funded by a grant of US$2.85 million from the Japan Social Development Fund (JSDF) through a Trust Fund Arrangement with the World Bank.

Unfortunately, his company was eliminated at the implementation stage in 2017 with an excuse that the company never showed interest.

The project is being implemented by the Ministry of Food and Agriculture.

In his attempt to fight for justice in the law courts as he exposed the double standard of a company pretending to engage in social entrepreneurship which culminated in the partnership with his company B-BOVID, he said Ghanaian lawyers working in the cover of darkness for monetization of justice, then jumped to the defense of the said company obviously sending a wrong signal out there that the justice system of the country was for the highest bidder where crooks could maneuver and manipulate their way through, once they had money.

All these negative developments, he underscored, would continue to work impervious against the Agricultural sector and ultimately the national economy.