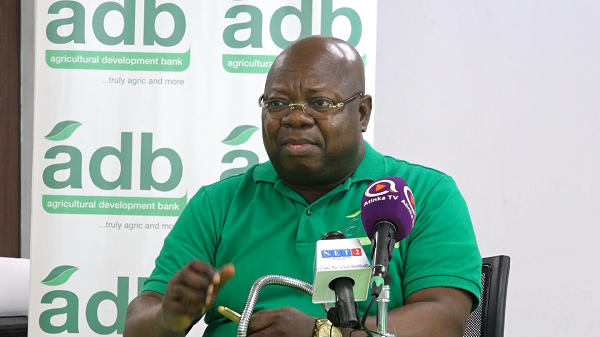 The Managing Director (MD) of the Agricultural Development Bank (ADB), Dr John Kofi Mensah, has appealed to banks to consider the proposed five per cent levy on their profit before tax (PBT) as a contribution to national development.

He said while it was obvious that the levy would hurt the revenues and bottom lines of banks in the short term, the revenue that would accrue to the state would help develop the country and make it conducive for banks to operate in the medium to long term.

Dr Mensah, therefore, asked banks to consider the sacrifices of the state in strengthening the banking sector during the financial sector clean-up exercise and the long-term impact of the levy on the economy when taking positions on the proposal.

Dr Mensah was responding to a question on the levy at a post-budget review seminar organised by the Institute of Social, Statistical and Economic Research (ISSER) in Accra last Tuesday.

The government has said that the financial sector clean-up tax, which aims to exact five per cent of the PBT of banks to the state, is necessary to raise funds to defray the cost of the programme that it says amounts to more than GH¢21 billion.

Following its announcement on March 12, the Ghana Association of Bankers (GAB) has described it as hurtful to the industry and a recipe for a high cost of financial services.

But the ADB MD said while in the short term the tax would increase the cost of operations of banks, “in the medium to long term, it will be beneficial to economic development. Don’t forget that when it came to strengthening the banks that were waning, the state intervened and this has strengthened all banks, as we see now, to deliver good services and promote economic development.”

Dr Mensah added that the banks were stronger than before and so shedding of five per cent PBT was not something that would bring them down but “it will be a major contribution to economic development.”

He expressed the hope that the advocacy of GAB of which ADB was a member, would help deepen the conversation around the levy and promote dialogue in the interest of national development.

The 2021 Budget estimates that revenue from the financial sector clean-up tax will amount to GH¢219.1 million this year before rising to GH¢416.3 million in 2022.

The MD of ADB had earlier stated that he was excited by the government’s determination in the budget to continue with key agricultural programmes, including the Planting for Foods and Jobs, Rearing for Food and Jobs and ensure the completion and sustenance of the government’s agribusiness initiatives.

Dr Mensah called on the public to support the government to mobilise revenue to be able to execute its agenda.