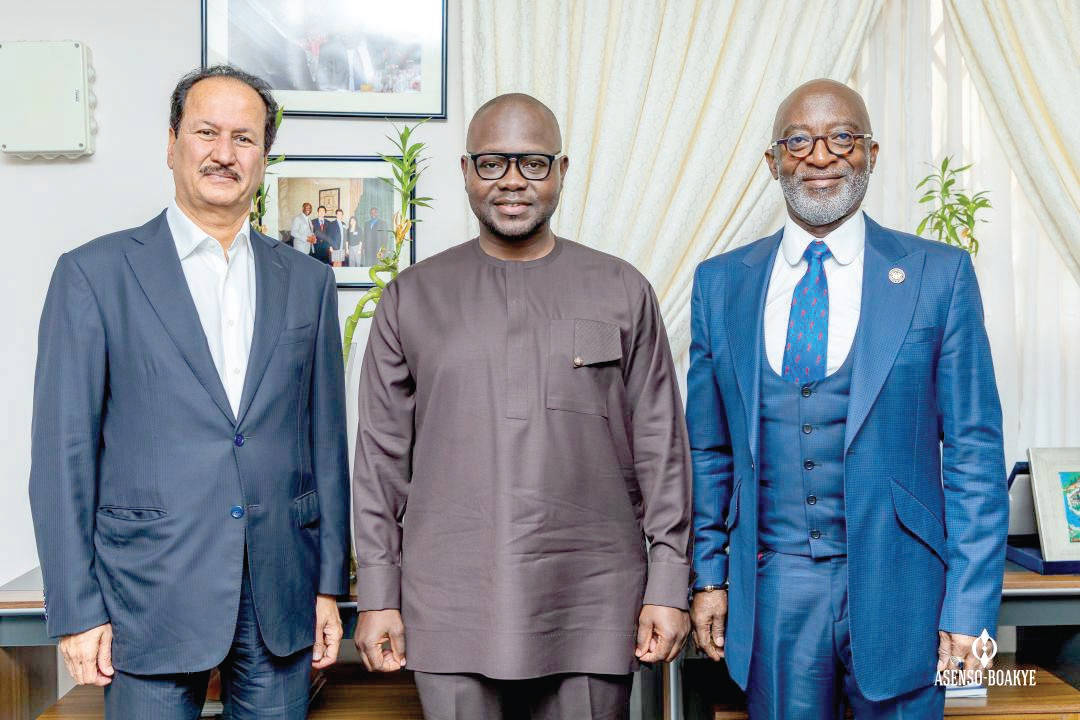 AN estate developer based in Dubai, the United Arab Emirates (UAE), has visited Ghana to explore opportunities for investments.

The Founder and Chairman of the DAMAC Group of Companies, Hussain Sajwani, was in the country last week, during which he held business discussions with the Chief Executive Officer of the Ghana Investment Promotion Centre (GIPC), Yofi Grant, on prospects and areas of interest.

A statement from the GIPC said the two leaders held series of meetings with key sector players to discuss DAMAC’s interest in investing in the country’s technology, hospitality, construction and mining sectors.

Giving further details, the statement said the visit of Mr Sajwani was the outcome of President Nana Addo Dankwa Akufo-Addo’s visit to the UAE earlier this year, during which the business mogul’s aspirations and plans to invest in Ghana were first expressed.

“There, the President expressed his appreciation for the visit and reiterated Ghana’s openness and readiness to work with the private sector in various sectors to transform and build a stronger modern country. He called for increased investments and smart collaboration between local and international partners to optimise Ghana’s abundant resources and opportunities for mutual benefit,” the statement said.

The statement added that Mr Sajwani and Mr Grant, together with the two ministers, had talks on DAMAC's interest in investing in a number of projects in their respective sectors.

It said Mr Sajwani stated that his business saw Ghana as an ideal location in Africa to spread its footprints.

He said his company was interested in pursuing a variety of real estate and hospitality projects, as well as building capacity to cater for hyper-expansion and upscaling to enhance the nation's ICT infrastructure.

"This engagement is another wonderful step toward deepening our economic partnerships with Ghana," he stated.

The statement said the minister of Communications described DAMAC's intention to engage in Ghana's ICT industry as great news, considering the UAE's progress in technology adoption.

She said Ghana had been pursuing an ambitious digitalisation strategy in recent years, and that collaboration with experienced corporations such as DAMAC would help speed up the digital transformation.

The GIPC CEO also described DAMAC's visit as rewarding, stating that "this is the result of several talks and engagements”.

Mr Grant said to have the company begin investments in Ghana would be one of our great triumphs.

Mr Grant also stated that the centre would continue to pursue investments and create an enabling environment for investors seeking to establish themselves in Ghana.