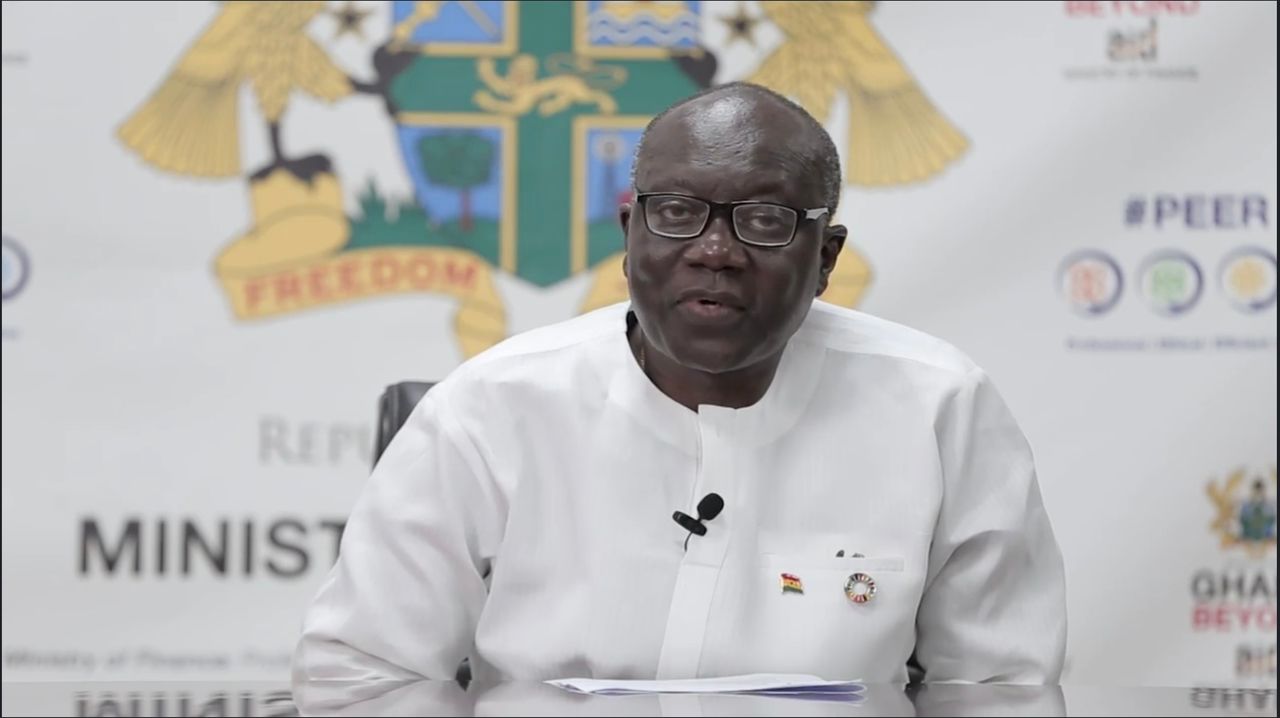 Four Ghanaian banks are feared to be highly exposed as government pursue an aggressive debt exchange programme to balance off its books and secure a US$3 billion bailout from the International Monetary Fund (IMF).

The banks, three indigenous and one multinational, have overly been overstretched due to their over exposure to government debt securities as a major source of “safe investments”.

Banking sector analysts have revealed that although all the 23 banks in the country are exposed due to the ongoing debt exchange programme, the four banks, however, are in distressed state.

According to C-Nergy Ghana, an investment advisory firm, the four banks had an average of 54 per cent share of their assets specifically invested in bonds, thereby exposing them badly.

The banking sector is the most dominant investor in Government of Ghana (GoG) debt instruments, a phenomenon induced by both regulatory and market economics.

In 2017, only GH¢10 billion worth of GoG issued debt securities was held by the banks. As of 2021, banks held over GH¢55 billion in GoG debt securities, representing almost 30 per cent of total banking industry assets.

Of this amount, about 80 per cent were in bonds. Data available indicate that interest income largely dominated by interest payment on government securities is the primary source of revenue for banks in the country.

In 2021, about 65 per cent of the interest revenues of banks were generated from investments in securities.

“The DEP cuts interest rates on government bonds from an average of 20 per cent to about 10 per cent. Sovereign debt default of any form, including the DEP, could have a damaging impact on trading incomes, profitability, liquidity and ultimately capital and sustainability of the financial sector in general and banks, in particular”, says the analyst.

Therefore, banks have been weakened and would not be in the position to on-lend to the productive sector to spur economic activity and growth. They were, however, hesitant to pass a comment.

Industry watchers have noticed the impact on the banks but are, however, tight lipped on the pressure on banks as a result of the DEP.

Government is chasing a US$ 3 billion bailouts from the IMF. A major precursor of this bailout is for the government to restructure its debts with its creditors of about $29 billion in debts.

Following the staff level agreement with the IMF in a record time, the government announced a road map on how it intended to negotiate with its lenders on the need to postpone interest payments on its bonds.

Government recognising the impact of its DEP on the financial sector, then moved to establish a GH¢15 billion Financial Stability Fund meant to cater for justifiable liquidity needs of banks that might be affected by the programme.

According to C-Nergy, it expects the fund to minimise the liquidity gaps and pressures banks may experience during the implementation phase of the programme.

“We wait to see the design details and coverage of the Fund to fully determine its efficacy in dealing with such liquidity gaps and pressures”, the investment firm stated.

The experiences in Russia in 1998 and Argentina between 2001-2002 typify the debilitating effect of sovereign debt defaults on domestic financial markets.

Experts say extending the maturities of bond holdings by Ghanaian banks would affect their profitability, liquidity and their capital impairments.

Bank trading incomes are expected to drop and affect their revenues. In 2021, about 65 per cent of interest incomes received in the banking sector was from investments dominated by GoG securities. Trading incomes outperformed income from loans and advances of almost all the banks.

The DEP’s haircut from the average of 19 per cent now to 10 per cent and less for new bond maturities will hurt the revenues and bottom lines of banks, according to C-Nergy.

The re-profiling of existing bonds to extend their maturities would deny investors liquidity. The liquidity profile of bank assets will thus be significantly distracted, and banks would need to re-engineer their liquidity planning to align with customer requirements.

The DEP will obviously deny banks the liquidity required to build quality loan assets when such opportunities show up.

Government securities have always been the safest investment vehicles for banks due to surety of returns and the relative ease with which it can be liquidated without losing significant value.

In recent months, pessimism about government’s ability to raise the needed revenue to service debt obligations have caused bond prices to tank. This has made it increasingly difficult for holders to liquidate for cash.

The financial and economic cost of the programme could lead to substantial losses and the impairment of financial assets.

The programme will wipe out a part of the capital of banks that may record losses as a result of the haircut. There is convincing evidence from countries with overly exposed banking sectors that embarked on similar debt restructuring programmes which culminated in huge capital gaps for the exposed banks.

It will be interesting to see how financial reporting standards would be stretched to accommodate the impact of the programme on the local banks.

GoG bonds are currently worth less than 50 per cent of its face value on the market. In the short-term, the debt exchange programme creates a liquidity challenge for the banks as it denies them much-needed coupon payments, experts have said, adding that the extension of the tenure and the reduction in coupon rates automatically reduce the face value of bonds and lessens any realisable value from bond sales.

Data available to the Graphic Business indicate that as of September 2022, of the GH¢160 billion total domestic bond issued by the Government of Ghana, banks were the largest holders with 32 per cent, firms and institutions held 25 per cent, others including retail, 14 per cent, foreign investors-11 per cent, Bank of Ghana-10 per cent, Pensions- 5.6 per cent, Rural Banks- 1.4  per cent and Insurance Companies having 0.9 per cent.

In an article on the “Impact of the Debt Exchange Program on the Financial Sector and the Real Sector” authored by Richmon Akwasi Atuahene and Dr K.B Frimpong, both shared the view of C-Nergy Ghana limited.

They noted that on the assests side, bank’s will take a huge hit from the losses of the restructed assets such as bonds while on the liability side, there was the likelyhood of withdrawals hence could affect bank’s ability to mobilise funds for investments.

“These factors may impair the financial position of domestic institutions to such a degree that financial stability is threatened and pressures for bank recapitalization and official sector bailouts are increased”, the experts noted.