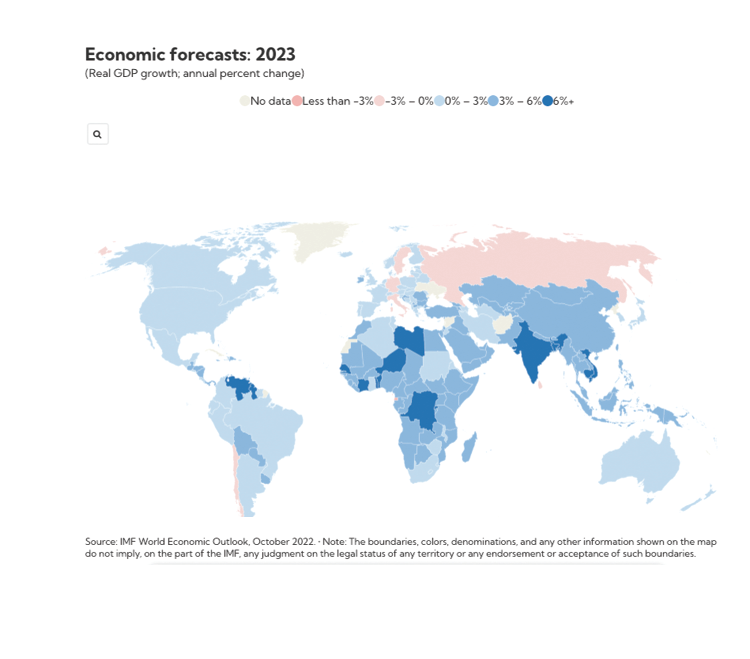 The next World Economic Outlook will provide updated projections in January
30.5k Shares

The economy has been saddled with a huge debt which has now reached unsustainable levels, prompting various actions by the government to help salvage the situation to restore investor confidence and most of all, position it in better stead to access an International Monetary Fund (IMF) bail.

The announcement date per the release, is now expected to occur on or about January 17, 2023.

i.    Offering accrued and unpaid interest on eligible bonds, and a cash tender fee payment to holders of eligible bonds maturing in 2023;

iv.    Setting a non-binding target minimum level of overall participation of 80 per cent of aggregate principal amount outstanding of eligible bonds; and

v.    Expanding the type of investors that can participate in the exchange to now include individual investors.

Meanwhile the statement was emphatic when it said “As set forth in the Exchange Memorandum, the government reserves the right in its sole discretion to extend the timetable for the invitation at any time and to make amendments to the Invitation at any time.

Any eligible holders whose eligible bonds are held on its behalf by a broker, dealer, bank, custodian, trust company or other nominee must contact such entity if it wishes to participate in the Invitation, as such entities may establish an earlier deadline to receive instructions to tender eligible bonds.”

It said “in making the decision to extend and the modifications described herein, the government considered feedback from the financial sector in relation to the need to secure internal approvals.

Further, this extension affords the Government of Ghana the opportunity to consider suggestions made by all stakeholders with the aim of adjusting certain measures acceptable within the constraints of the government’s Debt Sustainability Analysis.

A Senior Manager, Financial Advisory, Deloitte Ghana, Dennis Brown told the Graphic Business that the extension of the deadline for the debt exchange programme was a good thing as it provided room for individual and corporate bond holders to seek and obtain further clarity on matters that were still unclear to them. Some of these issues that may be up for clarification will be key inputs into the decision-making process for bond holders.

He added that the extension may therefore provide the needed time for bond holders to make informed decisions in this regard.

Graphic Business checks have revealed that none of the institutional bond holders have come forth as they are still not clear with the impact.

Labour, banks and corporate trustees are still engaging to know the next line of action.

Many individual bondholders are still not clear about the way forward and the impact since they were included in the debt exchange exercise.

Mr Brown said the inclusion of individual bond holders in the programme will occasion some financial constraints on these individuals, some of which may extend to families and other dependents.

“While this is considered less desirable, the call for a collective effort from both sides- government and citizens- may seemingly provide some justification as to why individual bond holders have been included.”

The entire exercise has come as a shock to many and they are not clear in their mind as to what to do or what to expect.

Consequently, Mr Brown said the timeline between the announcement of the programme and the planned date for commencement appear to be too short to adequately educate bond holders on the necessary components of the programme. “In particular, unlike corporate or institutional investors who may have the structures in place to efficiently obtain all necessary information, individual investors may be disadvantaged if the public education on the programme turns out to be inadequate,” he warned.