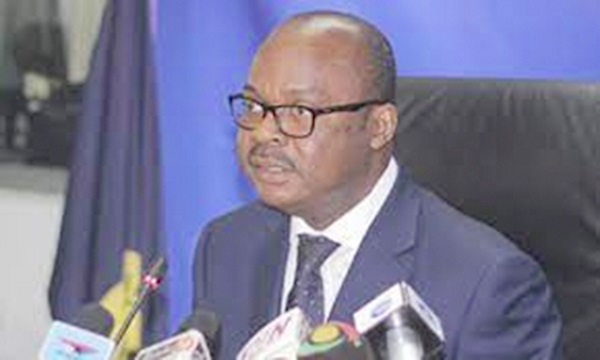 But even this does not tell the whole story; five years ago, the rate was coming down rapidly, whereas this time it is rising just as sharply.

The latest increase in the MPR, of 200 basis points, has come on the back of a 250 basis points hike after the immediate prior MPC meeting two months ago. This brings the cumulative increase over the last two meetings to 450 bps, from 14.5 per cent to 19 per cent.

This will not be the end of monetary tightening. Further hikes in the MPR are in the offing. The next MPC meeting is scheduled for late July and there are indications that the MPR will have to be raised to at least 20 per cent - possibly higher – when that happens.

Actually, this week’s increase could have been even bigger but the MPC has decided to go about the increase in a gradual fashion.

Besides, inflation is expected to rise further in May and over the coming couple of months as the latest 20 per cent increase in commercial transport fares and the impending hikes in electricity and water tariffs make their impacts.

However BoG Governor, Dr Ernest Addison, insisted that the central bank did not intend to “chase inflation” by trying to match the rising consumer inflation rate with commensurate increases in its benchmark interest rate; rather the MPC expected its interest rate hikes to pull inflation down towards the MPR.

But this will not happen soon. The BoG now projects that inflation will not fall back to within its target band of between six per cent and 10 per cent until sometime in 2023. In turn, this means that the elevated interest rate regime now imposed on the Ghanaian economy will have to be navigated for quite some time to come.

This will not just be worrying for corporate Ghana; it is also deeply disappointing. In fact, Dr Addison had inadvertently generated hopes in some quarters late last week that the MPR would be retained at 17 per cent when he appeared to have told Bloomberg that he believed inflation had peaked, an alleged statement which had bemused economists who heard the reportage.

However, at the MPC press briefing where he announced the latest MPR increase, Dr Addison – who also serves as the Chairman of the MPC – clarified that he actually had said (or at least meant) that the rate of growth of inflation had peaked, and that although inflation was bound to keep increasing over the next few months it would be at a slower pace than the nearly four per cent increase recorded for April from 19.7 per cent to 23.4 per cent.

Hopes of a retention of the MPR at 17 per cent had been supported by ongoing arguments by some economists that Ghana’s economy is largely credit driven and, therefore, increases in interest rates generate enough cost push inflation to nullify any gains in the form of curbing demand pull inflation by reducing liquidity and consequent economic activity. These economists reply the argument that banks are not lending to the private sector much anyway and so cost push inflation is minimised by pointing out that lending to the informal sector remains high by licensed microfinance institutions and unlicensed loan sharks all of whom raise their lending rates even further in response to higher benchmark rates.

But Dr Addison pointed to empirical evidence to support the MPC’s stance; indeed interest rate hikes in Ghana had tended to curb consumer inflation, even if belatedly due to policy transmission lags.

Of more immediate concern than that particular long-term debate though are the implications of the latest interest rate hike on the various stakeholder segments.

The government will suffer the biggest negative impact in the form of significantly higher fiscal deficit financing costs.

Having budgeted its interest payments on rates ranging between 13 per cent and 20 per cent, it now faces rates of between 20 per cent and 26 per cent and these are likely to climb even higher before they start coming down, hopefully before the end of the third quarter of the year.

Indeed some policy analysts suspect that this is why the MPC has refused to raise the MPR in consonance with the rise in inflation – in order to constrain the increase in government’s debt servicing costs.

But another school of thought suggests that the BoG is deliberately raising its benchmark interest rate more slowly than inflation to keep coupon rates on government’s debt securities below inflation to keep it from getting as much subscription as it wants.

Effectively, this is forcing the faster fiscal consolidation – which the central bank has been lobbying for over the past year and a half – on government.

Dr Addison, however, simply asserted that the central bank’s job was to curb inflation which was far more important for it than to minimise government’s debt servicing costs which was the Ministry of Finance’s responsibility. He suggested that government applied strategies such as debt profiling and restructuring to lower its debt servicing costs under the current circumstances.

For the private sector, the situation is clearer, but just as dire. Prior to the latest MPR hike the benchmark interest rate was 104 basis points below the Ghana Reference Rate of 18.04 per cent, which is a rate, computed by the BoG and the commercial banks – represented by the Ghana Association of Bankers – using the MPR and treasury bill rates, and used by all the banks as their base lending rate. If that spread does not change, the base lending rate would, therefore, climb to 20.04 per cent.

In turn, the banks average lending rate, as stated by the banks themselves had risen to 23 per cent (although many analysts believe they are understating their lending rates to look empathic to the needs of their borrowing customers) which amounted to a 500 bps spread above the GRR. If this spread is maintained, post MPR increase, this would take the average lending rate applied by banks to 25 per cent.

With banks, in truth, charging a risk premium of up to 10 per cent over and above the base rate, this would effectively take actual lending rates to as high as 35 per cent per annum.

The ultimate impact of concern to everyone rather than just a particular interest group, however, is that on the macro-economy. Monetary tightening in the form of higher interest rates tends to curb demand pull inflation by dampening economic activity, but this also tends to curtail economic growth. Indeed, Dr Addison agreed that the latest hike would adversely affect economic growth.

However he said no economy could grow sustainably in a high inflation environment. Therefore, by strangling inflation, through higher interest rates, the BoG was actually supporting economic growth by providing the right environment for sustained growth over the long term, albeit at the expense of short-term growth.

Economic analysts generally agree that this makes sense. However, it also means that for all stakeholders, the price has to be paid – in the form of the higher cost of money – before the rewards, in the form of price stability and sustainable economic growth can be enjoyed.