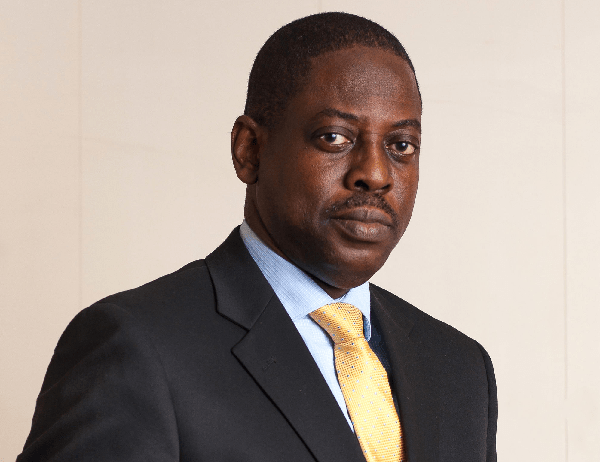 The Securities and Exchange Commission (SEC) has assured all affected clients of the collapsed 47 fund management companies that they will receive their money in full.

The commission has therefore urged them not to panic, as it is going through all the processes to ensure that they receive their money.

Addressing the media on the progress made so far, the Director General of SEC, Rev. Daniel Ogbarmey Tetteh, said the government had made provisions to cover all validated claims with the recent additional allocation of GH¢5.5 billion in the 2021 Budget to support the clean-up exercise in the industry.

“Hence, there is no need for any affected client to panic because of the protracted court liquidation process. We wish to appeal to all affected clients to patiently follow through with all relevant processes to redeem their claims and rely only on information provided by the SEC and the official liquidator,” he stated.

He said the commission would continue to proactively update customers on the full status of the bailout implementation programme.

Giving an update on the liquidation order, Rev. Tetteh said the courts had granted 37 liquidation orders to the official liquidator (the Registrar-General) as of March 31, 2021, out of the 47 Fund Management Companies with claims from investors after the revocation.

He said virtual creditor and class meetings had been held by the official liquidator for clients of 34 of the companies.

“This means that an estimated 99.8 per cent of the total claims filed have been validated with an almost 30 per cent found to be unwarranted. Claimants who disagree with validated amounts are engaging the agent of the SEC for further examination,” he said.

He said the full bailout programme had so far been executed over three phases.

The total value of claims that have been considered within the three phases amounted to GH¢4.13 billion from 36 companies whose liquidation orders have been granted by the courts and gazetted. Out of this amount, GH¢2.57 billion has been validated.

Rev. Tetteh said out of the total claimants who have signed up for the full bailout programme, a total amount of GH¢768.26 million has been paid as of March, 31, 2021.

He said the variance of outstanding payments was as a result of some clients opting not to withdraw their funds.

“The number of claimants who have been fully settled under this programme amounts to 6,916 clients as at the 31st March 2021,” he stated.

As of March 31, 2021, 64,685 claimants had signed up for the programme out of which 89,233 claimants, representing 72 per cent of total claimants signed up under the partial bailout programme.

The total value of the claimants who signed up for the partial bailout amounted to GH¢3.5 billion.

Actual payments made under this programme amounted to GH¢995 million which went to 52,264 claimants. This represents 81 per cent of total claimants and 83 per cent of the total corresponding partial bailout value.

The Director General noted that the rollout of the full and partial bailout packages had been quite successful.

He said the partial bailout authorised by the government had resulted in about 66 per cent of claimants being fully paid.

For the claimants with validated claims in excess of the GH¢50,000 threshold, he assured them that the full bailout package would be triggered when the liquidation orders are granted.

“There is thus no need to resort to any middlemen or facilitators to secure payout of the bailout,” he stated.

Rev. Tetteh expressed appreciation to the government for the provision of an additional GH¢5.5 billion in the 2021 Budget to complete the Asset Management Industry Cleanup Exercise.

He said the provision further demonstrated the government’s commitment to strengthening the Ghanaian Securities Market in realising its potential as an essential driver for economic growth and development and making it an attractive investment hub of domestic and international investment.