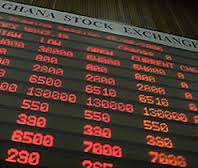 The Governor of the Bank of Ghana has stated that the central bank will not relent in its effort to get banks to list on the Ghana Stock Exchange (GSE).

Dr Henry Kofi Wampah said at the Capital Market Conference in Accra that the attractiveness of listed equities on GSE should draw investors onto the market in order to expand the resource envelop for Ghana’s development.

“Ghana’s banking sector has been very profitable over the years and this should make banking stocks more attractive to investors both local and foreign”, Dr Wampah said.

The capital market conference was under the theme “The Capital Market: A key to the Economic Growth and Development”, attracted several players in the country’s financial sector.

The country’s 26 commercial banks are largely privately owned with few that are controlled by government and other state institutions, only seven are listed on the Ghana Stock Exchange.

Dr Wampah, who was speaking on the topic, “The role of the banking sector in the development of the capital market said listing on the bourse brings some benefits, which is not found elsewhere.

He mentioned the governance structures imposed by the stock market including a broadening ownership, regular and periodic reporting to the market and independent directors as some of the benefits, which not only enhances confidence in the institutions but compliments the oversight role of the regulator.

“Banks that choose the stock market listing option have the opportunity to build enduring relationships with international banks and tap into medium to long term funds for intermediation in the local economy”, he said.

The Governor was quick to addd that for a successful harnessing of the capital markets, owners of businesses need an attitudinal change; a desire to sgare ownreship and to think big.

“Thinking big means entreprenuers must look beyond their immediate means and seek to tap into capital from the wider public. This call for a desire to share management and to be subject to public scrutiny”, adding that “ This meesage is key to unlocking the potential of our capital markets”.

On the bond market, the Governor said due to a combination of factors, the potential of the market has remained under utilised.

According to him, high inflation in the past has engendered ‘short-termism’ in the market as investors have short time horizon. But as macroeconomic stability has taken hold and prospects in the economy has improved, the scope for extending the horizon has been created, Dr Wampah said.

“The expansion of the government’s treasuries’ market from the short term to the medium has been fairly successful, with maturities now extending up to five years”. “ This is a positive development as government instrument serve as a benchmark for the private sector” adding that “the challenge is to get the corporate sector also tap into the market to raise funds”,  he said.