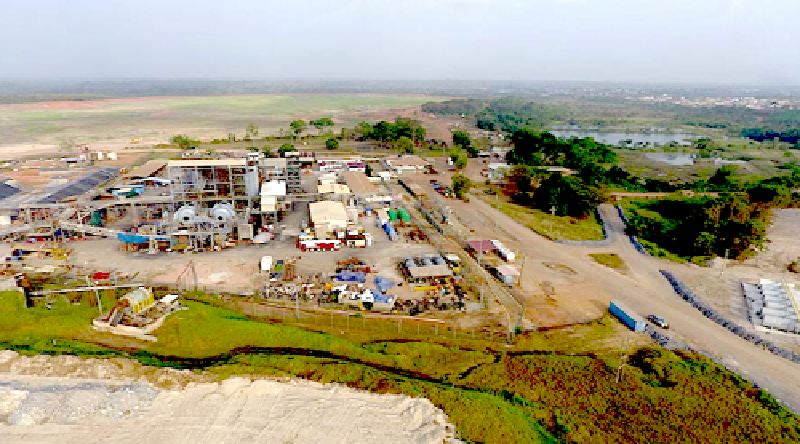 Asante Gold Corporation has said the ramp up of the Bibiani Gold Mine remains on track.

It explained that commercial production had been established with three months of consistent production since the first gold pour was completed in early July, last year.

According to a release issued by the company through the Ghana Stock Exchange (GSE), it said the first gold pour at Bibiani was completed on July 7, 2022, two months ahead of schedule.

“Metallurgical performance and gold production is on track with the ramp up schedule,” the company added.

It said all process plant and mine facilities had been operating on a 24-hour per day basis from late June, with 220,000 tonnes in September and 206,000 tonnes in October.

It said gold production in September was above 9,300 ounces, 17 per cent above the company’s start up plan.

With that developed, the company said that pit had been developed; the grade control drilling programme had been a key component to development of the trend.

Aside that, the company’s plan to extend the Bibiani open pit Life of Mine (LOM) from 8.3 years to 10 years plus was on track with successful development exploration at Russel South while drilling programmes continued at the Grasshopper and Elizabeth deposits as planned.

“The company will continue its near mine development exploration programme with planned drilling of approximately 30,000 metres per year for 2022, 2023 and 2024”, it added.

“The Bibiani orebodies typically dip near-vertical and are open at depth. Bibiani has initiated an underground mine planning study to define development of an underground mine operation that will access mineralised deposits below the Main Pit and the satellite pits.

“Asante anticipates the underground mine programme initiative will increase annual gold production significantly and proceed from 2025 and extend mine life beyond the period of open pit mining,” it said.

The President and Chief Executive Officer of the company, Dave Anthony, said, “We are very pleased with the progress that has been achieved at Bibiani.

Over the past 12 months, the Bibiani Mine team has established a track record of over achievement and we look forward to increasing the value of this asset,” he said.

He said the company gathered momentum at the Bibiani Mine, and advanced with exploration activities and production improvement initiatives, it looked forward to providing further updates.

Asante is a gold exploration development and operating company with a high-quality portfolio of projects and mines in Ghana. Asante is currently operating the Bibiani and Chirano Gold Mines with a combined forecast production of 335,000 oz of gold over the next 12 months. The company continues with detailed technical studies at its Kubi Gold Project for early production.

All mines and projects are located on the prolific Bibiani and Ashanti Gold Belts.

Asante has an experienced and skilled team of mine finders, builders and operators, with extensive experience in Ghana. Asante is listed on the Canadian Securities Exchange, the Ghana Stock Exchange and the Frankfurt Stock Exchange.

Asante is also exploring its Keyhole, Fahiakoba and Betenase projects for new discoveries, all adjoining or along strike of major gold mines near the centre of Ghana’s Golden Triangle.

Bibiani is a historically significant gold mine situated in the Western Region of Ghana with previous gold production of more than 4Moz. It is fully permitted with available mining and processing infrastructure on-site consisting of a newly refurbished 3 million tonne per annum process plant, and existing mining infrastructure. Mining commenced in late February with the first gold pour announced on July 7, 2022, with a forecast of 12 months gold production of 175,000 oz.