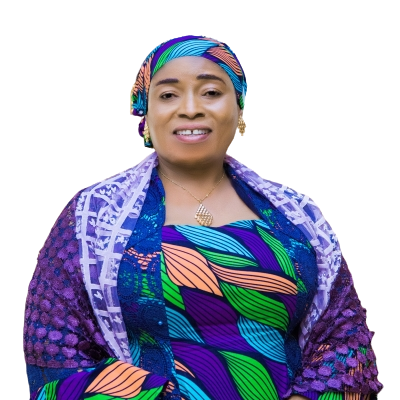 The deputy Minister of Gender, Children and Social Protection, Lariba Zuweira Abudu, has called on implementing agencies of the Ghana Productive Safety Net Project (GPSNP) to digitise their operations to help guarantee efficiency and transparency.

She said full digitisation of the various programmes under the GPSNP would help close existing coverage gaps and reduce poverty, vulnerability and inequality in the country.

Ms Abudu made the call at an event in Accra organised to share knowledge on the implementation of the GPSNP.

It was held on the theme: “Leveraging digitisation for effective social protection delivery- The Ghana Case Study”.

The GPSNP is a $80.5 million project financed by the World Bank and the Foreign Commonwealth Development Office of the United Kingdom and implemented by the Ministry of Gender, Children and Social Protection, the Ministry of Local Government, Decentralisation and Rural Development.

The four-year project, which started in 2019 and ends this month, aims to improve the productivity of the poor, strengthen safety net systems, and enhance the effectiveness of the flagship social protection programmes of the government.

Ms Abudu said the ministry had already taken the lead in the digitalisation drive by implementing a digital grievance redress system known as the Single Window Citizens Engagement Service (SWCES) or Helpline of Hope.

She said the system ensured transparency and accountability by creating a unified complaints and grievance mechanism for social protection programmes.

“Various digital options, including mobile money payments, are also being explored by the ministry as payment options for LEAP beneficiaries to supplement the existing E-Zwich method of payment,” the deputy minister said.

Touching on the success of the various programmes under the GPSNP, she said the Livelihood Empowerment Against Poverty (LEAP), for instance, now covered 345,021 beneficiary households which translated to over 1.5 million individuals out of the 2.4 million extreme poor persons in the country.

Others, including the National Health Insurance Scheme, the Ghana National Household Registry and the Single Window Citizens Engagement Service, she said had all chalked up some significant successes.

The World Bank Country Director for Ghana, Liberia and Sierra Leone, Pierre Laporte, said the implementation of the project within the last four years had been instrumental in boosting the government’s social protection agenda.

He said the World Bank took a keen interest in social protection as it was at the heart of its work, evidenced by the bank’s twin goals to end extreme poverty and boost shared prosperity.

“The World Bank has consistently supported the government in its efforts to protect the poor and boost economic growth,” he said.

Mr Laporte said the support extended to the government included the Ghana Social Opportunities Project with $138.6 million, and the GPSNP with $60 million.

In addition, he said the bank would further support the government with $100 million to implement the phase two of the GPSNP which would aid in increasing LEAP benefits and coverage, as well as expanding to reach other important social protection programmes.

“Looking ahead with an estimation that about a million more Ghanaians could fall into poverty by 2050, as a result of climate change, this calls for the development of robust systems and leveraging technology becomes even more important to first support relief, enable recovery and most importantly, build resilience among the poor and most vulnerable,” Mr Laporte said.