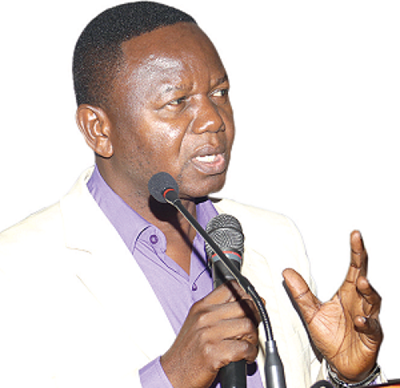 The General Agricultural Workers Union (GAWU) has called for concerted efforts from all stakeholders to help eliminate child labour in the country.

According to the union, the issue of child labour is prevalent in some fishing and farming communities in the country, and is militating against the growth and wellbeing of children in those communities.

The union, therefore, called for the strengthening of the legal framework for preventing child exploitation of all forms to secure the future of children.

The General Secretary of GAWU, Edward Kareweh, made the call in an interview with the Daily Graphic at the Black Star Square to mark this year's May Day.

He said the May Day celebration in the country was not only to draw attention to the plight of workers but also to bring to the fore the need to secure the rights of all vulnerable groups, including children.

He said amidst the risky nature of agriculture, it was sad to note that about two-thirds of all child labour occurred in agriculture.

He noted that in recent times the world had shown deep concern about the issue of child labour, trafficking and other forms of slavery and practices.

Mr Kareweh said child labour was a national concern, and, therefore, demanded an immediate and drastic intervention as well as joint efforts from the government, organised labour, civil society groups, agribusiness, security agencies and the entire global community to achieve goal 8.7 of the Sustainable Development Goals (SDGs) in order to eradicate forced labour, modern slavery, human trafficking, child labour, among others, which formed a key pillar of Goal Eight of the SDGs.

" Some of the challenges in the agricultural sector have to do with the abuse of children. Sometimes it is child work but when it goes beyond a certain point it becomes child labour", he stated.

Mr Kareweh, therefore, cautioned parents against overburdening their children on their farms with the view of training them on the job at the expense of their education.

He also used the opportunity to call on the government to increase investment in agriculture to enable the country to produce enough food for the citizenry as a means of insulating the population from the full rigours of the global crisis.

He said agriculture continued to play a critical role in Ghana's economy, and therefore, the government should channel more resources into the sector.