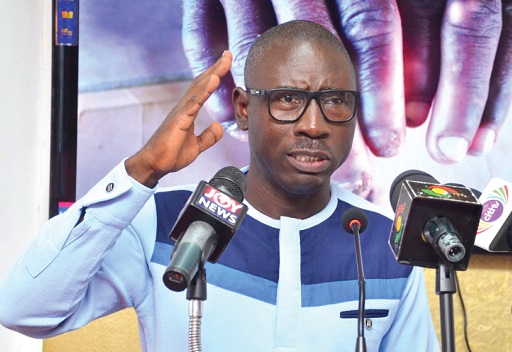 Challenging Heights, a child rights and anti-child trafficking advocacy organisation, has rescued 23 children who work as child slaves in 15 communities along the Lake Volta.

The children are made up of 17 boys, six girls, and are between ages six and 16 years.

They were rescued in 15 different villages along the Lake Volta.

At a press conference in Winneba to announce the successful operation, the President of Challenging Heights, James Kofi Annan, said this was the organisation’s first rescue operation in 2022.

He said the operation was in collaboration with some security agencies as well as the Department of Social Welfare, and thanked them for their leadership and commitment to the fight against child trafficking in the country.

He added that all the 23 children rescued were working on the Lake Volta, with the girls as domestic helps and were often sexually abused while the boys were engaged in fishing.

“They all endured various abuses such as working an average of 15 hours a day, and sometimes nights, mental and physical torture and starvation” he said.

He further said every one of the 23 children, none of whom attended school, were suffering from one disease or the other, including bilharzia, Hepatitis B, syphilis, skin diseases, ear and foot rot, among others.

Mr Annan said it took the organisation nearly three months of investigations to be able to rescue the 23 children.

“We faced a lot of opposition during the rescue process but bringing them freedom is what has brought us joy,” he added.

Unfortunately, he said the traffickers of the children had become emboldened, making rescues daunting, and that “there have been several times in the past that we had to flee some communities, resulting in traffickers fleeing with victims”.

“We are shocked that some Ghanaians don’t believe that slavery still exists. For your information, there are an estimated 40 million people, including children and adults, caught up in slavery globally as we speak. Researchers estimate that traffickers make over $150 billion in unlawful profits every year, Mr Annan said.

Quoting the Global Slavery Index, 2018, he said in Ghana, there were an estimated 133,000 people who were victims of slavery.