Academic calendar to be out soon — Dr Adutwum 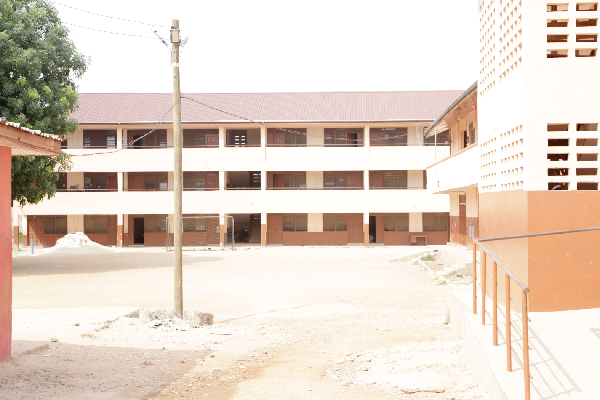 An empty school compound with locked classrooms during a visit to the Nima Cluster of schools at Nima in Accra. Picture: EDNA SALVO-KOTEY

The Ministry of Education has given the assurance that the academic calendar for 2022 will be released soon.

The sector minister, Dr Yaw Osei Adutwum, who gave the hint, explained that he put together a committee, made up of teachers and headmasters selected from across the country, to come up with a calendar for academic years.

“They have submitted the proposed calendar for the next three years. School opening dates will be announced in the next few days,” the minister said in reaction to a number of concerns raised by parents and other stakeholders.

He explained that the decision was to find a lasting solution to challenges associated with academic calendars over the years and bring certainty to the dates.

“So, what I decided to do which had never happened before, is to set up a calendar committee made up of head teachers, headmasters and teachers across the country to come out with a calendar that will prevent all those kind of issues, so that it is not just coming from the ministry or the Ghana Education Service (GES),” he explained.

Dr Adutwum was happy that the committee had finished its work and submitted its report, adding that “an announcement will be made very soon.”

“We decided to do something different and I like it. I like it because now I can sleep well,” he told the Daily Graphic.

Before schools vacated last month, there were announcements in the schools that the basic schools were expected to reopen between Tuesday, January 11 and Friday, January 14, this year.

During visits to a number of schools in Accra and some regional capitals to observe the start of the academic year, the school premises were deserted and appeared unprepared to welcome pupils and students.

Teachers or heads were not at post to respond to any of our questions.

Some parents across the country have also expressed concern over the delay in the resumption of public basic schools after the Christmas break.

Those who spoke to the Daily Graphic said they were worried about the uncertainty in the reopening dates, while private schools had reopened.

Some of the parents claimed students were expected to return to school yesterday but had been asked to remain home as the date of resumption had been postponed. 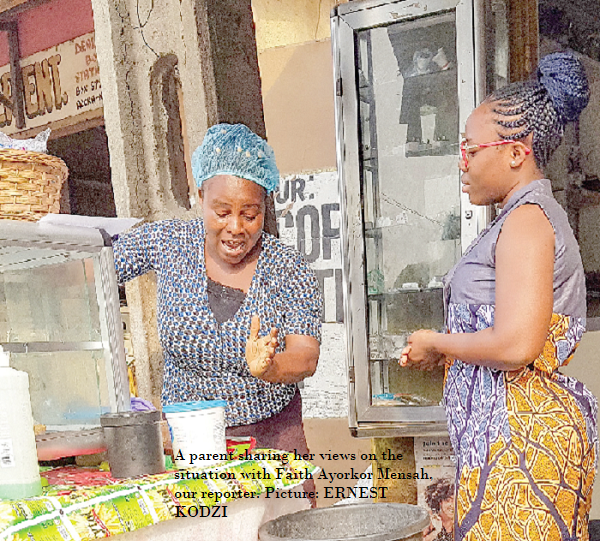 Others said they learnt that public basic schools would be reopening on January 18, this year.

Their anxiety heightened as many private basic schools resumed school activities yesterday, with the rest expected to resume by the end of the week.

A parent and resident of Adabraka in Accra, Mrs Gladys Asiamah, expressed worry over the prolonged stay of the children at home, saying that she had prepared for her children to go to school yesterday, however, they had to stay at home since the reopening date had been postponed.

Another resident who identified herself only as Auntie Ama, said she wanted to hear from the President officially concerning the reopening of basic schools because there was a lot of hearsay which she did not want to trust.

“We were asked to pay attention to the radio and other news outlets but we are yet to hear anything,” she lamented.

She also said the government should clarify the reasons behind the changing of the reopening date.

“How can our children be home while those in the private schools are studying?” she quizzed.

She added that she tried to reached out to a teacher in her child’s school but could not get in touch so she was yet to receive any official response as to when her child would be in school.

At the Weija D/A 1 & 2 Junior High School, the school compound was empty except for a few children from the neighbourhood in mufti who were playing on the compound.

The situation was not different at the Weija Presbyterian School, both Primary and Junior High School and the Oblogo Cluster of Schools, both in Weija, where the gates were locked, with no sign of teaching and learning.

Some residents of Weija told the Daily Graphic that they had heard that JHS students would resume on January 18, this year, while the primary and kindergarten pupils would reopen on January 24.

A source at the Tema Metro Education Directorate told the Daily Graphic that they were waiting for a communiqué from the Ghana Education Service on when pupils in public basic schools would return to school to commence academic work for this year.

At the Kaneshie North Basic School in the Kaneshie Area, there were no signs of the school reopening as the compound was empty with classrooms locked up and children playing football beside the classroom blocks.

When the Daily Graphic spoke to these children who happened to be pupils of the basic school, they said their teachers told them they would reopen on the 18th of January. “We will all come on 18th January, both primary and JHS,” they said.

There were similar scenes at the Kaneshie Kingsway Basic School; empty compounds with locked classrooms and complete desertion.