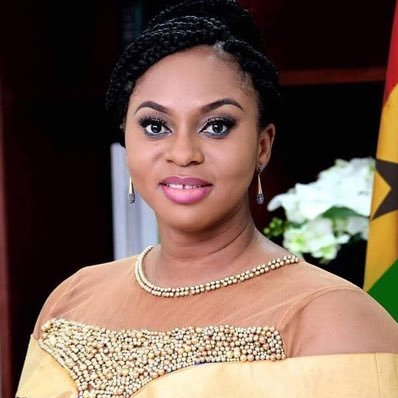 According to the United Nations (UN), violence against women (VAW) is a global pandemic as seven out of 10 women suffer from abuse or violence in their lifetime, usually inflicted by intimate partners including husbands, fathers, brothers, among others.

Even more worrying is when it is highlighted that domestic violence, in most cases, is a secret kept for a lifetime within families in various homes in many societies as a result of the shame and embarrassment they will suffer, thereby leaving the victims to suffer in silence.

From the Domestic Violence and Victim Support Unit (DOVVSU) of the Ghana Police Service, 17,655 domestic violence cases made up of 1,296 defilements and 335 rape were reported in 2014.

Some of this sexual and gender-based violence (SGBV) has led to deaths or permanent physical deformities on the bodies of survivors, the report suggests.

A survey conducted by the Gender Centre on Violence Against Women and Children in the Northern, Upper East and Upper West regions of Ghana in 2014 revealed very high levels of SGBV.

Defilement is also high according to the survey, as six per cent reported having been defiled out of which 78 per cent were defiled by a close relative, acquaintance or a person of authority.

Stigmatisation, low confidence in the police and justice system and lack of appreciation of abuses as crimes and human rights violations, as well as ignorance of the availability of social justice services, are part of the reasons for the under reporting of SGBV cases in Ghana, according to the Get Up and Speak Out (GUSO) Programme in Ghana.

The cases captured in the statistics give an indication of the high number of unreported cases.

To help address the challenge, the Executive Director of the African Centre for Human Rights and Sustainable Development (AfCHuRSD), Ms Bernice Naah, launched a project dubbed: "Equal Rights and Opportunities for Women and Girls Project (EROP).

The project is being funded by the Dutch Embassy in Ghana with implementation partnership by the GH Alliance, AfCHuRSD and Women in Need (WIN).

According to her, the project, which was being implemented across 10 communities in the Nadowli-Kaleo District and Jirapa Municipality, was proposed as a result of the numerous human rights challenges women and girls in particular continued to face.

Those challenges, Ms Naah stated, prohibited women and girls from realising their rights and also taking opportunities for the advancement of their ambitions in order for them to live fulfilled lives.

The Jirapa Municipal Gender Desk Officer, Ms Lydia Ninberewe, noted that before the introduction of the EROP project, domestic violence was an issue but most perpetrators did not know was a crime while victims did not know where to report.

“Men think domestic violence is a way of correcting women when they are wrong. For example, at Ullo, a man beat his wife three days before we went there to carry out the education and after he participated in the session, he apologised to the woman in the presence of us all and explained that he didn’t know it was something bad but rather a way of correcting her,” she said.

She said after the training, both women and men were now awakened to a new consciousness of human rights and were willing to report when cases occurred in their families and communities.

The Nadowli-Kaleo District Planning Officer, Madam Rita Nyorka, noted that women in the district were becoming conscious of their participation in decision making and they owed that to the EROP project.

Madam Ophelia Zulabuo, one of the women from Tizza in the Jirapa Municipality, noted that hitherto women of the community were not able to talk about issues of domestic violence in the presence of men.

“With the capacity building we received through the EROP project, we now have the confidence to talk about these issues in the presence of the men without any fear of being victimised later,” she said.