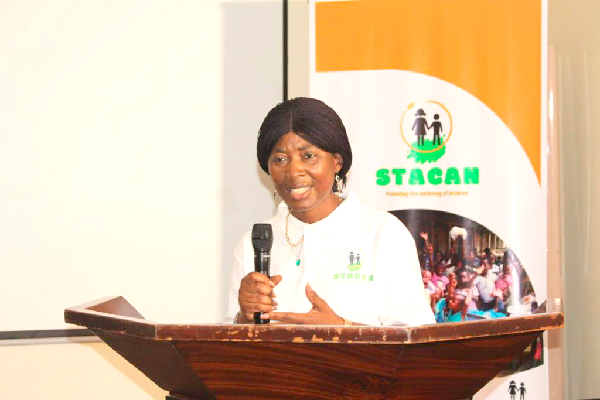 A NON-PROFIT organisation, Standing Together against Child Abuse and Neglect (STACAN), has been launched in Accra with a call on the government to prioritise the welfare of children.

The Founder of STACAN, Ms Elsie Owusu –Kumi, said children were the foundation of the development of any society, and, therefore, it was of critical importance to pay more attention to their welfare and well-being.

She said issues pertaining to children must be at the top of any national policy or agenda, and that must be backed with the needed resources, as well as the strengthening of institutions to sustain it for the long term.

“We ask for a more robust child protection system in Ghana where children suffering abuse and neglect are safeguarded in a timely intervention. It is, therefore, my hope that as a country, the government will pay more attention in investing in services that matter to children,” she said.

The launch was on the theme: Protecting the well-being of children; preventing abuse and neglect.

Participants at the event included children, parent, social workers, security officers and the clergy, with the keynote speaker being a child and women rights activist, Madam Gifty Anti.

Explaining the rationale for establishing STACAN, Ms Owusu-Kumi said STACAN was first formed in the United Kingdom (UK) to protect children in minority communities from abuse and neglect.

She said following the tremendous impact STACAN had in the UK; she decided to replicate it in Ghana to bring the organisation expertise and experience to promote the well-being and welfare of children.

According to her, STACAN would be an advocacy force that would fight for the rights of children, as well as collaborate with policy makers, other non-profit organisations and individuals to promote the interest of children.

Key values underpinning our work include respect for all persons, non-judgemental attitude equality, social justice, and anti-oppressive practice,” she added.

Madam Anti said many people were guilty of child abuse due to the nature in which children were treated in the country.

She said it was common for parents, teachers, caregivers and others to abuse children due to what she described as frustrations of life, which they ended up visiting on the children.

Also, she said institutions such as the media sometimes tended not to be sensitive to children in their reportage.

“The way the media, especially local language broadcast stations, report issues of defilement and other abuses of children tend to make the children who are the victims become the perpetrators,” she said.

She said it was important for people to understand that children needed to be treated in a manner that would not derail their development, self-esteem or make them bitter.