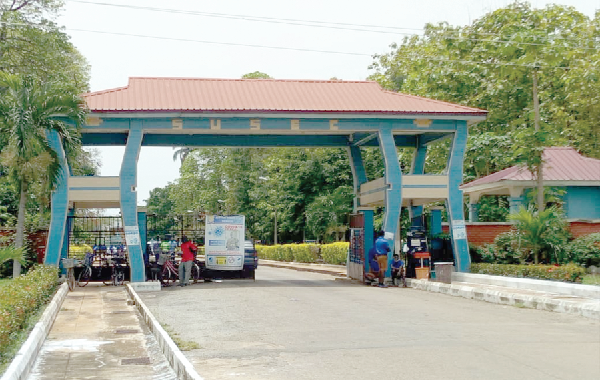 As Senior High Schools (SHSs) in the Bono Region commence academic activities for first year students, pressure continues to mount on category ‘A’ schools, as hundreds of parents and their children continue to visit such schools in search of admission.

These parents have abandoned the admission processes of the schools their children were offered by the Computerised School Selection and Placement System (CSSPS) and are doing everything possible to relocate their wards to their preferred schools.

Headmasters and administrators of such schools are overwhelmed as parents, who are prominent persons, continue to knock on their doors to seek admission for either their children or relatives.

Ordinary parents seeking admission for their wards to such schools have been left frustrated as prominent persons try to use their positions to influence the headmasters to offer their children and relatives admissions to the “big schools”.

The Headmaster of Sunyani SHS, Mr Michael Nsiah-Agyapong, told the Daily Graphic that some prominent people in the region continued to mount pressure on him to offer admission to their children, though they were not placed in the school.

According to him, the pressure comes from politicians, traditional authorities, old students, opinion leaders, staff, Parent/Teacher Association board members and heads of sister institutions, among others.

Mr Nsiah-Agyapong explained that the managers of the school could not on their own admit students, unless the system or authorities allowed them to enrols grade ‘A’ students.

He, however, explained that the school was ready to commence academic activities, saying “all classrooms have been labelled, the timetable has been prepared, my teachers are poised for action.”

Mr Nsiah-Agyapong said the school had received portions of the government educational materials such as textbooks as well as school uniforms and food items.

He charged parents to take keen interest in the selection of schools for their wards to prevent challenges they went through after the placement exercise.

Mr Nsiah-Agyapong urged parents to deliberate with their children, consider their performance and select schools within their standard.

“Sometimes, the students aim too high in the selection of schools by choosing three big schools or grade ‘A’ schools, which is very dangerous because when you miss one of the grade ‘A’ schools, you will miss the rest of the schools,” he stated.

Mr Nsiah-Agyapong, however, explained that a total of 1,551 students were placed in the school even though the school declared 1,951 vacancies.

Currently a total of 1,429 have been enrolled while the school is still expecting 122 more students to come for their admission letters.

Mr Nsiah-Agyapong said after enrolling all the 1,429 fresh SHS students, the school still had 45 classrooms available and requested permission to admit an additional 250 students even after the remaining 122 students had been enrolled since the school had the capacity to do so.

He said the school had enough infrastructure to house the freshers, explaining that the school had over the years concentrated on the improvement of structures such as classrooms and dormitories, which had helped in the elimination of the double track system.

According to some headmasters in the region, they were not just admitting the fresh SHS students in the schools, but they were also ready and poised to improve academic performance of such students.

They expressed the need for parents to collaborate with teachers to ensure that students with poor grades were transformed to obtain excellent grades in the West African Senior School Certificate Examination (WASSCE).

Some of the teachers, who spoke to the Daily Graphic on condition of anonymity, assured that they would work hard to identify and solve teaching and learning problems to enhance academic performance in their various schools.

A frustrated parent, Mr Ofosu Mensa, who brought his child to the Sunyani SHS to seek admission for him, told the Daily Graphic that his child was placed at the Odumaseman SHS as a day student, but he wanted the Sunyani SHS.

He said he had visited the school on several occasions to seek help from the authorities but had not been successful.

Mr Mensa explained that he lived in Sunyani and could not afford to pay transportation fare each day for his ward to attend classes at Odumase in the Sunyani West municipality.