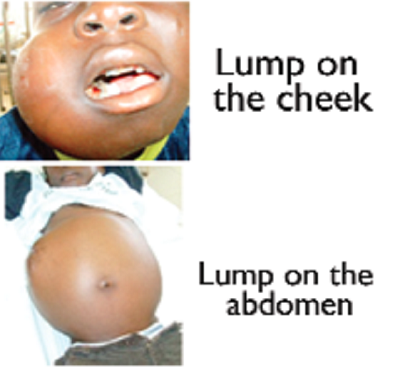 The World is marking International Childhood Cancer ­Day (ICCD) today,  February 15, and to emphasise the importance of the day, the World Health Organisation (WHO) says Cancers in Children is the leading cause of death among children between zero and 19 years, with 300,000 new cases expected to be diagnosed each year globally.

For ICCD 2021 to 23,  the CCI and SIOP selected the Tree of Life – a universal symbol of growth and renewal, to send a powerful message that childhood cancer can be cured and the well-being of survivors achieved if all stakeholders continue acting resolutely together in key areas.

It has thus adopted "Better Survival is achievable,” as its key message for this year’s commemoration.

The three-year CCI and SIOP campaign is fully aligned with the “CureAll strategy of the landmark WHO Global Initiative for Childhood Cancer (GICC).”

Unfortunately, cancer is not on the top of the list of health conditions that parent’s look out for even when children show its known symptoms due to lack of information, among other reasons.

Childhood cancer is a term used to describe cancers that occur between birth and 15 years of age. They may differ from adult cancers in the way they grow and spread, how they are treated and how they respond to treatment.

In Ghana, though there is no comprehensive epidemiological data on the magnitude of childhood cancers, it is estimated that about 1 in 500 children will be affected by 15 years of age.

The Director of Health Promotion at the Ghana Health Service, Dr DaCosta Aboagye mentioned common signs associated with childhood cancers to include continued unexplained weight loss; headaches, often with early morning vomiting; increased swelling or persistent pain in the bones, joints, back, or legs; lump or mass, especially in the abdomen, neck, chest, pelvis, or armpits, development of excessive bruising, bleeding, or rash.

Others include constant, frequent or persistent infections; a whitish colour behind the pupil; nausea that persists or vomiting without nausea; constant tiredness or noticeable paleness; eye or vision changes that occur suddenly and persist; recurring or persistent fevers of unknown origin

Dr Aboagye explained that these signs and symptoms may not necessarily be cancer since there are other diseases that present with the same symptoms.

However, it is important that a doctor conducts further checks to give the appropriate treatment.

He said Early detection was life saving for children and called on all parents not to take signs or any changes they see in their children for granted, but should always seek early treatment or medical opinion on time.

He also appealed to parents to often examine their children critically so that such changes could be picked and reported on time.

This year’s commemoration is on the theme: “Better Access to Care for Children and Adolescents Everywhere,” in accordance with the UN Rights of the Child which states that children have the right to the enjoyment of the highest attainable standard of health and facilities for the treatment of illness and rehabilitation of health.

The Director-General of the WHO, Dr Tedros Adhanom Ghebreyesus says of the statistics: “Too many children have their lives cut short by cancer, and survival rates in poor countries are scandalously lower than those in wealthy countries.”

There are multiple reasons for this huge disparity between high income and low and middle income countries: late or missed diagnosis, lack of diagnostic facilities, lack of trained staff to manage such complex diseases, and high rates of treatment refusal and abandonment.

One area which has proven very difficult to overcome is the lack of accessibility to a reliable, consistent, and affordable drug supply for potentially curative treatment.